Waging war against other civilizations

Spread their beliefs and influences all over the land.

Serve the Scarlet King and his servants.

The Daevites, also known as the Daevas or the Daeva, are an ancient civilization in the SCP Foundation universe. They originated from SCP-140, a book that expands upon the history of the civilization if blood or ink is in its presence. If the book

The Daevites were a matriarchal secretive civilization comprised of independent kingdoms and centered around south-central Siberia, which at various points through history had an empire that extended as far as Europe and the Middle East. All periods of the civilization had militarism, conquest, cities ruling over large slave populations, human sacrifice, ancestor worship, horticulture, and functioning magic as core aspects, though they still otherwise changed over time. The Daevas were longer lived than humans, and were divergent from modern humans enough to be considered a separate subspecies named Homo sanguinus. The civilization created a variety of objects that would qualify for SCP classification if rediscovered today. In their present timeline, the Daevites were wiped out by Genghis Khan, although this could be changed by interference with SCP-140.

Although the Daevite Empire is currently defunct, some immortal daevas and their descendants still live on in the modern times. After the SCP Foundation found out about the existence of the Daevites and SCP-140, they sought to prevent the chronicle from expanding the civilization's arrival to the present through a CK-Class scenario which would lead to a possible SK-Class scenario in which the Daevites would take over the modern world.

Because Old Daevite is an extinct language, its exact right pronunciation is mostly unknown, but historians were mostly able to infer a theoretical realization into neighboring languages.

The SCP Foundation considers the Daevite civilization to be an extreme threat to the modern world should SCP-140 reach past a certain point in the 2nd millennium AD. According to SCP-978, the Daevites are also aware of the SCP Foundation, the Global Occult Coalition and the Horizon Initiative, and consider them their enemies.

Sarkicism began in the 3rd millennium by Grand Karcist Ion as a slave revolt against the Daevite empire, and at first they were able to destroy the evil empire, before SCP-140 changed that resulting in the Sakites reducing the Daevas to a single city state in Mongolia. This allowed the Mekhanites, former allies of the Daevites, to destroy them before SCP-140 intervened again.

The Daevites once committed mass genocide on the Ortothan population, precursors of the Church of the Second Hytoth.

During the Daevite expansion in the 8000s BCE, the Daevites went to war with the Imit population, or the Clay People (Homo postdescensus), and exterminated most the Imit to extinction, forcing the surviving members of the humanoid offshoot to retreat and remain hidden in the dark until the modern age. However, this war caused the influence of the Daevas' Old Gods on Earth to weaken.

The ancient predecessor of The Factory, named the Crucible was present in the ancient Daevite Empire.

It is speculated by a Foundation researcher that the Golden Horde, a group of time-travelling Mongols from 1227 who are trying to find a place to bury their leader Ghengis Khan, aren't actually trying to find a burial place and nor is Ghengis Khan dead, but are actually still fighting wars throughout different time eras, probably still fighting with the expanding Daevites.

The Daevites appear to have had a vendetta against the Wanderer's Library, an ancient group and location affiliated with the Serpent's Hand, for unknown reasons, but it is theorized by the Librarians that the Library's magic may have had a catastrophic impact on the Daevites at some unknown point in the past.

PoI-4887, a female daeva who lives on to this day, betrayed her people and joined the mysterious group known only as "Nobody" in order to destroy what remains of the Daevites.

Madeleine von Schaeffer, a German aristocrat whose family is part of a long line of neo-daevic worshippers of the Unseelie Queen, was one of the main investors of the Just Girly Things group.

SCPs Associated with the Daevites 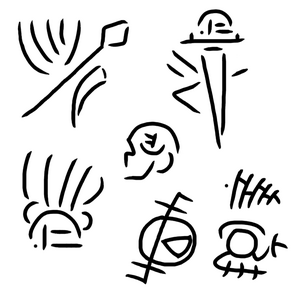 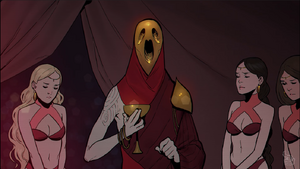 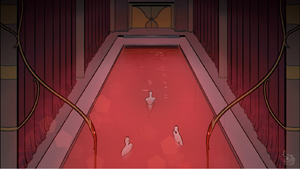 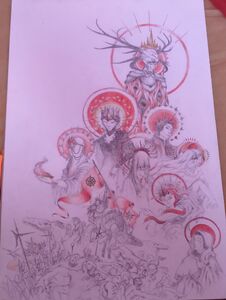 The Daevites (bottom) with the Scarlet King and his brides. 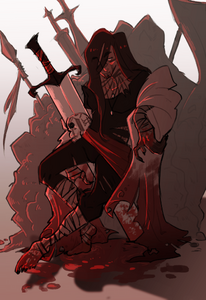 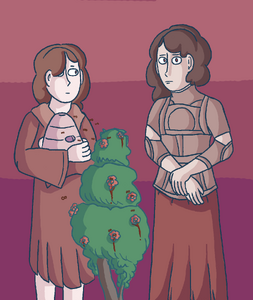 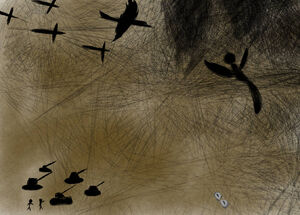 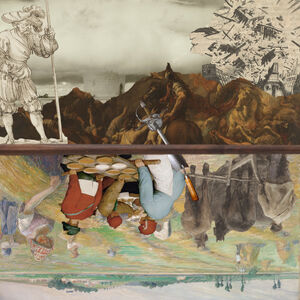 The Daevites before and after SCP-6140. 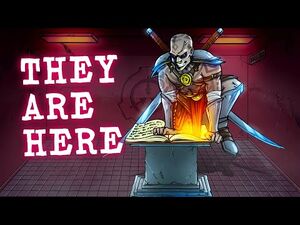 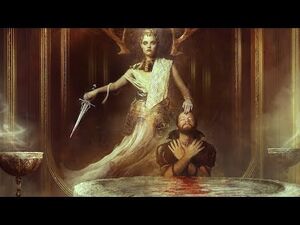 Exploring the SCP Foundation- The Daevites 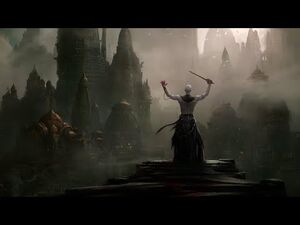