Earthbending masters
Stealth and precision
Wearing uniforms and gadgets (made of earthen materials) which enable them to increase their earthbending capabilities and dexterities
Agility
Carry a binding "weapon" called surveyors' chains within their robes which they throw from their sleeves to ensnare and hold prisoners (particularly other earthbenders) in order to inhibit their bending
Brainwashing to force rebels:

To ensure the public security in Ba Sing Se.

The Dai Li is the secondary antagonistic faction in Nickelodeon's Avatar: The Last Airbender, and supporting antagonists of Book 3: Change in The Legend of Korra. They were the secret police of Ba Sing Se who worked to capture, interrogate and imprison political dissidents. They were original created by Avatar Kyoshi hundreds of years ago with the aim of "protecting the cultural heritage of Ba Sing Se".

Unfortunately, the Dai Li became corrupt over time, and did not fulfill the purposes proposed by its founder. Long Feng was able to conspire with the Dai Li and effectively rule Ba Sing Se, reducing the position of the Earth King to nothing but a mere figurehead. The Dai Li's corruption and decadence was so advanced that they then came under the command of Princess Azula, relinquishing any loyalty to the Earth Kingdom, allowing the Fire Nation to capture Ba Sing Se with their cooperation.

The Dai Li are still active in The Legend of Korra, but unlike in the predecessor series, where they betrayed their kingdom to Azula, they are now fully and completely loyal to the Earth Queen, who is a tyrant and rounding up airbenders for her army.

Dai Li were created several centuries ago by Avatar Kyoshi to preserve the cultural heritage of Ba Sing Se, in response to a peasant uprising against the government of the 46th Earth King. She currently regrets having created the Dai Li, as she had no idea how corrupt they would become at the time.

Selectively picked at a young age, the agents of the Dai Li are elite officers of Ba Sing Se under the control of Long Feng. Since talking about the war with the Fire Nation is against the law in Ba Sing Se, the Dai Li keep a close watch on all refugees and new immigrants to the city, removing anyone who dares to break the code of silence and brainwashing them under Lake Laogai. Team Avatar arrived in the city in hopes of informing Earth King Kuei on how to win the war against the Fire Nation, the Dai Li took immediate action to prevent this. They sent one of their agents, Joo Dee, posing as a tour guide, to tend to the Avatar and his friends, impeding their progress by delaying any visits to the Earth King. When the gang tried to infiltrate the Royal Palace during a party hosted by the king, the Dai Li immediately arrested them, and the gang learned of the Dai Li's corruption. They threatened to reveal the conspiracy to the city, which resulted in Long Feng blackmailing them with Appa's life, who at the time was missing. Team Avatar remained silent until Jet showed up in the city, offering to help them find Appa. In reality, he had been brainwashed into sending the group on a wild goose chase to Whale Tail Island, nowhere near Ba Sing Se. After realizing this, they brought Jet back into reality and with his help, they defeated the Dai Li at Lake Laogai in their attempt to save Appa. Unfortunately, Jet died at Long Feng's hands.

Appa was eventually reunited with the gang after Prince Zuko freed him in his attempt to capture him originally. The gang then informed the Earth King of the conspiracy despite heavy resistance from the Dai Li and Palace guards. With knowledge of Long Feng's wrongful assumption of power, the Earth King had Long Feng arrested and the Dai Li were forced to serve the king. However, they maintained their loyalty to Long Feng, at least for now. The king then, with the gang's help, prepared for an attack on the Fire Nation.  During the Coup of Ba Sing Se, the Dai Li abandoned Long Feng and pledged loyalty to Azula. She also points out that, while Earthbenders, the Dai Li possess "a killer instinct that's so Firebender." They swiftly place all members of the Council of Five, the foremost authority of the Earth Kingdom Military under house arrest, and they assist in the Earth King's arrest as well. Later, when Aang and Katara battled with Zuko and Azula in the Crystal Catacombs of Ba Sing Se, it was ultimately the Dai Li's intervention that vanquished their hopes of victory, and granted Azula the time she needed to strike down Aang. During the book 3 premiere, it is revealed that the Dai Li were ordered by Azula to destroy Ba Sing Se's Outer Wall, paving the way for a Fire Nation invasion of the entire city.

After she returned to the Fire Nation, Azula apparently kept her command over the Dai Li. During the Invasion of the Fire Nation, when she was attacked by Sokka, Toph, and Aang in the Fire Lord's secret bunker, but being powerless to bend due to the eclipse, she is aided by Dai Li Agents, stating that when she left Ba Sing Se she "brought home some souvenirs." However, these agents are eventually defeated by the gang, but not before wasting a large portion of their time.

Reaching the arrival of Sozin's Comet, Azula decides to banish the Dai Li for the minor mistake of taking five minutes to appear before her, stating that in that time an assassin could have easily killed her and escaped. She then implies that they could betray her, in which they said they would never betray the Princess. Azula ignores this, saying they probably told Long Feng the same thing before betraying him. She then banishes them and eventually banishes all members of the Dai Li. At this point Azula was descending into insanity and no longer trusted others after Mai and Ty Lee's betrayal. Azula was later defeated by her brother Zuko and Katara, and institutionalized in the wake of her mental deterioration.

Despite the Dai Li betrayed the Earth King and helped Azula take over Ba Sing Se, they weren't disbanded. They served the new ruler of Ba Sing Se; Hou-Ting, daughter of the Earth King Kuei. This time however, shortly after the Harmonic Convergence and Airbenders have appeared all throughout Ba Sing Se, The Dai Li have been capturing them and recruiting them into her majesties personal army. The Dai Li, led by their ruthless sergeant, train the airbenders to serve the Earth Queen, but they escape with the help of Team Avatar, and despite their many skills, they fail to apprehend them. They later attempted to apprehend the Red Lotus but are easily defeated, withnessing the subsequent assassinatin of their monarch.

It is currently unknown what became of them once Kuvira formed the Earth Empire.

The Dai Li are highly skilled Earthbenders trained as a secret police group by Avatar Kyoshi herself. They wear gloves and shoes, both made apparently out of earthen materials, in order to Earthbend on the go. Their shoes also give them the ability to slide along the ground, increasing their speed. Because of this, however, the Dai Li may be a little overdependent on their gloves, as seen in Lake Laogai, they rarely bend regular earth and are quickly defeated because of this. Still, they are formidable Earthbenders, as shown by the two agents who guarded Azula during the invasion and the capture of The Council of Five, leading to their successful coup. It is unknown how quickly they can create new stone gloves or shoes.

The Dai Li are also adept at using their rock shoes to cling to sheer rock surfaces, such as walls or ceilings. Mastery of this wall technique has been a part of their training ever since their inception and is therefore one of their most used skills. They carry a binding "weapon" called surveyors' chains within their robes, which they throw from their sleeves to snare and hold prisoners, particularly other Earthbenders so as to inhibit their bending. They appear to use hypnosis to persuade rebels and uprisers (such as Jet) that there is no war within the walls of Ba Sing Se. Most of Ba Sing Se's citizens seem to fear them and want nothing to do with them, knowing that nothing but trouble can arise from meddling in any of their affairs.

The Dai Li seem to be trained to work in pairs, which would give them greater strength and power than a single agent; while a group of three would be too cumbersome and unwieldy. This grouping of two can be seen when they attack Toph at Lake Laogai, as they spy on Team Avatar as they leave their house, as they protect Azula from Zuko's attack (in "The Crossroads of Destiny"), and as they protect Azula again during the Day of Black Sun which helped her stall Team Avatar. 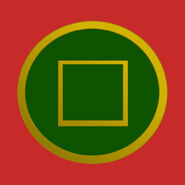 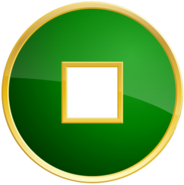