Destroy the world of the Heisei Riders.

Sentient Weapon
The Dai Mazines are a group of giant mecha that serve the Demon King Oma Zi-O in the future and supporting antagonists in Kamen Rider Zi-O.

The Dai Mazines were created at an unknown period in time by the Quartzer to use for their plan to create a portal to collide the World of Heisei Riders with their own and bring about a new Heisei Era by remaking it.

On the Day of Oma, the Dai Mazines were used by Oma Zi-O in his conquest of the world to destroy major cities and exterminate half of all life.

After Sougo destroyed his Ziku Driver, erasing Oma Zi-O in the future, the Dai Mazines then became dormant and sank into the ground.

The Dai Mazines were later seen when Swartz abducted a group of children on a bus and transported them to the future where a city was being destroyed by the Dai Mazines. Swartz tells the children that only a king could survive a cataclysmic event such as this. Just then, Sougo uses his time powers on a Dai Mazine to age it into dust.

When the Quartzers revealed themselves as the true wirepullers behind the Demon King's rise and commenced their plan to remake the Heisei Era, they summoned the Dai Mazines from their resting place and had them attach together to form a portal in space, which began sucking up the Earth and all of the people in it. However, after Woz defected from the Quartzer, he tore apart the Oma Advent Calendar and caused the Dai Mazines to detach and disassemble the portal. The Dai Mazines were then destroyed by Kamen Rider Zi-O Oma Form and the other 19 Heisei Kamen Riders. 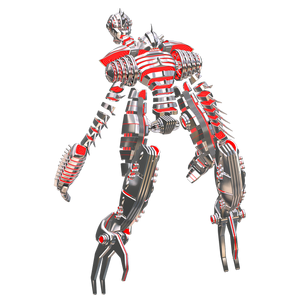