Get revenge on whoever wronged him (succeeded).

Dan is the titular villainous protagonist of the animated TV series Dan Vs.. He is an argumentative and vengeful man who always calls his best friend Chris, whenever he is plotting or enacting revenge. He has said that he has been thrown out of libraries and jailed on multiple occasions. Dan has said to have been tear-gassed so many times that he no longer feels any effects from it, and he has also been maced enough times to claim that it is "tangier" than tear-gas. He seems to really like his car, despite its state of disrepair; several of his "revenge missions" were instigated by people damaging or tampering with it. He is also very fond of his female cat, Mr. Mumbles, and cannot remain angry at her for very long (she is the only creature that cannot get Dan angry). At the end of every episode's prologue, he always raises on fists in the air in anger and shout out the name of whatever he is about to go up against and add the words to the episodes' titles (however, he does not shout at the end of the intro of Dan Vs. The Gym). While Dan is more so of a villain, he has a gentler side.

He was voiced by Curtis Armstrong.

Dan is a rude, impatient, argumentative, selfish, ill-tempered, angry, offensive and ignorant man who seems to care about no one but himself. He mocks his best friend Chris for being very slow-witted and incompetent, and dislikes his wife Elise even more than he hates Chris. He is definitely prone to yelling at people, and threatening them by getting revenge. Whenever his car is destroyed and/or vandalized, he will storm right out of his apartment and track down the cause of his car's destruction and/or vandalism. He is also very insubordinate and disrespectful to children, which implies that he hates babies in general, according to his "revenge list".

Despite being an extremely opprobrious and unpleasant person with an extremely lenient morality, Dan is proven to have a softer side to him. Dan is also extremely loving and compassionate towards his pet cat "Mr. Mumbles" (although it took him far too long to realize that she is actually female) and always forgives her to a greater degree than he does to almost everyone else around him, Dan is additionally nice and polite towards most animals in general, specifically cats, as he once risked his own life to save the animals living inside an Animal Shelter that he tried to blow up. Dan is also extremely affectionate and empathetic towards a woman named Hortence, whom he has an on-and-off relationship with, and (despite his tremendous ego) believes that she should not waste her time with him if she has better opportunities presented to her. Lastly, Dan occasionally acts as a real friend towards Chris, treating him with actual respect on various occasions.

Dan has black hair, green eyes, a goatee, a slight stubble on his chin, and round rotten teeth. He wears blue jeans, black boots, and a black T-shirt that says "JERK" in white letters. 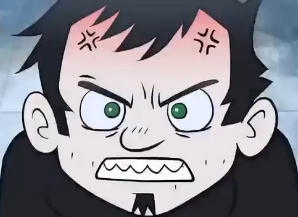 Dan flipping out after he hears that brass knuckles were confiscated. 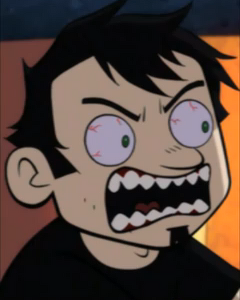 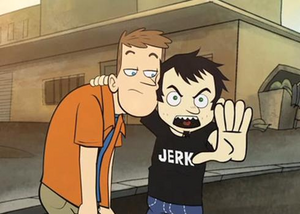 Dan telling Chris what to do. 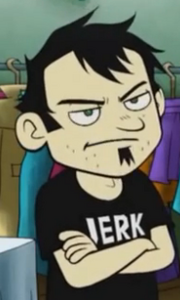 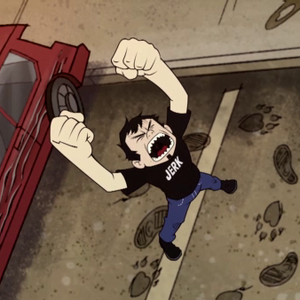 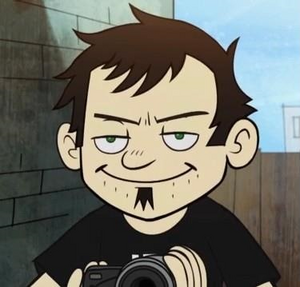 Dan trying to take down the Lemonade Stand Gang, giving out an evil grin. 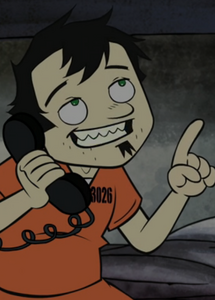 Dan in jail.
Add a photo to this gallery

Retrieved from "https://villains.fandom.com/wiki/Dan_Mandel?oldid=4381678"
Community content is available under CC-BY-SA unless otherwise noted.