The Penthouse : War in Life

Having an affair with another woman.
Working.

Dan Tae Joo (In Korean: 주단태, Joo Dan Tae) is the main antagonist and major protagonist of the 2020-2021 Korean television series The Penthouse: War in life. He is the chairman of JKING Holdings or Cheong-A Group. His real name is Jun Ki Baek (In Korean: 백준기, Baek Jun Gi), and in the public he is better known by the fake name Dan Tae Joo.

He was portrayed by Ki-Joon Uhm.

Jun Ki Baek is sadistic, power-hungry, greddy and manipulative malefactor. He is a non-basic character as a human being who shows the evil deeds that humans can do in the drama. In addition, he is the most dangerous character in the drama, with an extremely violent tendency to lose his mind when he gets blood on his face, runaway like a zombie, and smack the other person's neck.

When his anger reaches the extreme, he uses honorifics to others, and when he gets more angry, he speaks back and reveals his murderous intentions.

Another characteristic of him is that he is extremely hated of betrayal. To some extent, when it was discovered that Yoon Tae-ju had betrayed him while helping Shim Su-ryun, he tried to remove Yoon Tae-ju by using secretary Jo. Also, when Yang Mi-ok betrayed him because of Gu ho-dong/Logan Lee, he ordered Secretary Jo to remove it. However, he does not hesitate to betray for the purpose of the subject he hates to be betrayed.

Jun Ki Baek is very cautious, thorough in everything, and has a very high head. However, there is a side of things that are not done well, so sometimes plans fail.

His real name is Jun Ki Baek, born an orphan, and he was very poor, At the time, he was living with his mother and younger sister Jun-hee Baek as a homeless person in the 27th complex of Cheonsu district, but he was having a rather happy time. However, as the Shimwoon Group is not considering redevelopment, Dan Tae Joo's father, who was working at the Shimwoon Group at the time, demolished his house with a fork crane, killing his mother and sister. His sister died instantly, and his mother put her bloodstained hand on his cheek, leaving him a will to survive, earn a lot of money and become rich. This was the cause of Jun Gi Baek's hemaphobia.

And when he was 22, he went to a tattoo shop with his childhood friend, Ae Kyo Na, and got a butterfly tattoo on Ae Kyo Na's back to distinguish it from her similar-looking Su Ryeon Shim. The reason for choosing the district is revealed, and she reveals to her that she intends to relieve her mother's pain by building an apartment complex named after her in the place where her mother died unjustly.

The Penthouse : War in life

He first appears as enjoying an affair with Ha Yoon-cheol's wife, Seojin Cheon. 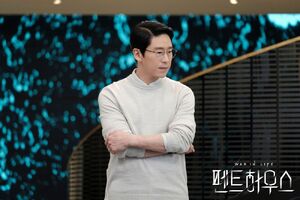 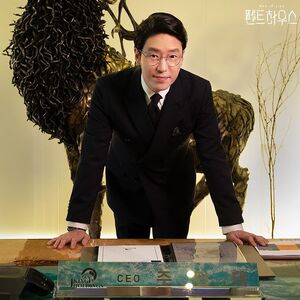 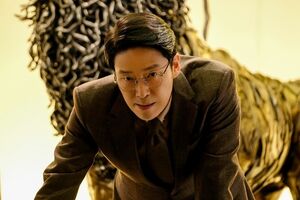 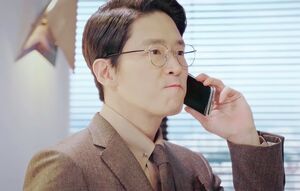 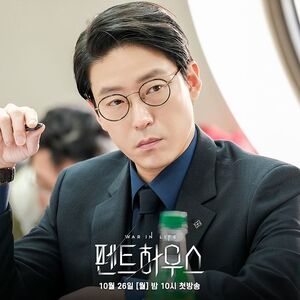 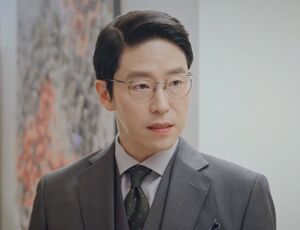 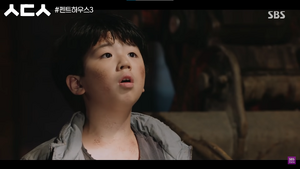