Dang is a one-time villain from the Rooster Teeth animated web series, Camp Camp, only appearing in the episode "Foreign Exchange Campers". He, along with Vera and Hwan are part of an international spy organization, bent on getting revenge on Cameron Campbell for all the terrible things he did to their respective countries. In Dang's case, he comes from Thailand, a country of which's leader has been screwed over by Cameron Campbell numerous times.

He is voiced by Alex Mai.

In "Foreign Exchange Campers", a slew of new foreign exchange campers came to Camp Campbell, including Vera, Hwan, Brian, and Dang. Although they presented themselves as innocent enough children at first, it was soon revealed that Dang, Vera, and Hwan were all undercover agents from Asia, who planned on getting revenge on Cameron Campbell for what he did to discredit their countries. However, when they got there, they all soon found out that Cameron Campbell was in prison, which was a disappointment. However, they could still enact their plan to steal his riches.

Dang, along with his comrades exhibited great skills in archery. Dang fired an entire bundle of arrows at a target and hit it right on the bullseye every time and completed it by throwing a battle-ax at the target too, which got an impressed "Dang, Dang." from Nikki. This made it clear to everyone that the foreign exchange campers were the most competent members of the camp. David organized a scavenger hunt and split everyone up into teams of four. The winners of the scavenger hunt would get ice cream. Max joined the foreign exchange campers' team and told Nikki and Neil that there was no way they would have won if they were going up against the foreign exchange campers, so it was good that at least one person would get the reward.

Dang and his comrades provided no assistance on the scavenger hunt, as they were too busy looking for Cameron Campbell to get revenge on him. When Max said that he knew the camp like the back of his own hand, the others held him hostage and forced him to take them to the place, where Cameron hid his secrets.

Dang was so unhappy that he failed his mission, that he and his comrades were about to kill themselves, by downing entire bottles of cyanide. Just then, Neil offered them some ice cream to make things better and the foreign exchange campers happily ate their ice cream and put the whole ugly mess behind them. 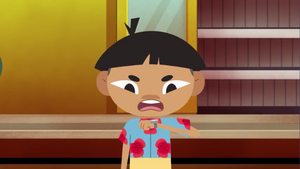 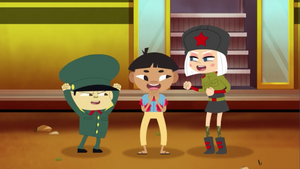 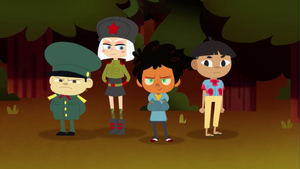 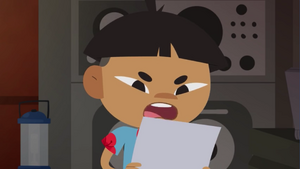 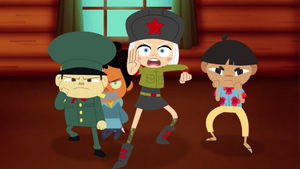 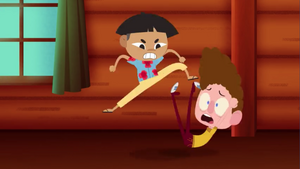 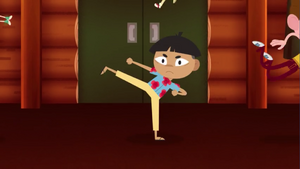 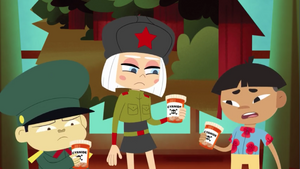