Daniel is the main antagonist of the Camp Camp second season premiere episode "Cult Camp" and the holiday special "Arrival of the Torso Takers".

He was voiced by Evan Gregory.

Daniel is introduced when Gwen informs David on her hiring a new counselor. Surprisingly, Daniel starkly resembles David, except he is blonde and wears bleached clothes. Delighted that Daniel seemingly shares his characteristics, David enthusiastically hires him; as for Gwen, she decides to use her vacation days. As David goes to introduce Daniel to the campers, a newspaper heading reveals that Daniel had left his former campground dead.

Alone with the campers, Daniel asks them if any of them were interested in space. Daniel explains that negative emotions originated from space, having been left behind from the Big Bang. Since then, the Earth had been heavily doused in space radiation. When Neil questions him on his beliefs, Daniel also mentions how an evil alien overlord named Xeemuug was the leader of an organization known as the Galactic Confederacy. When David returns, Max and the others try to convince him that Daniel is a cult leader by showing that he was orchestrating an event at the mess hall known as the "Ascension Party". Daniel also had created a "purification sauna" in which he brainwashes the campers into becoming mindless followers. Neil and Nikki are brainwashed, and Max uses this opportunity to manipulate David into stopping Daniel.

Just before the children could drink the poisoned fruit punch, David engages Daniel to a song duel. During the duel, Daniel admits that he keeps up the camp charade so that he could sacrifice the campers to his alien god. Unfortunately for Daniel, he accidentally drinks some of the fruit punch during his confession, and he collapses. The episode ends with Daniel being driven away by an ambulance, and Gwen returning with a new applicant who resembles her.

However, Daniel survived the poisoned kool-aid due to having built an immunity to it, though he did strangely develop lactose intolerance. Daniel once again infiltrated Camp Campbell by kidnapping David and perfectly imitating him, with only Max being skeptical of his new behaviour. When the two are alone, "David" removes his colored eye contacts, and Max soon realizes it is actually Daniel. Daniel then reveals that he returned to torture David by torturing Max and then killing him in revenge for foiling his plan last time. Max's last request is to hear all about the history of Xeemuug, goading Daniel to start a musical number before beating him with a guitar and escaping. Max rescues David but Daniel catches up, back in full David disguise. With both of them under cans of ice cream, Max shoots them down and drenches the two in ice cream, watching Daniel have a bad reaction while David and Max escape. Though trapped in the vault, Daniel swears revenge.

He makes another major appearance in "Camp Loser Says What" where he becomes the leader of the wood scouts.

Daniel's initial happy-go-lucky and enthusiastic attitude is remarkably similar to David's, which causes David to invest a lot of trust in him almost immediately. This is later shown to be only a facade concocted to allow him to infiltrate Camp Campbell and subject its campers to "detoxification" rituals in order to help them reach "Ascension" His actions at Camp Campbell (and at an unknown compound) show that Daniel is shown to be clever and manipulative towards people with ease due to his charm, although his antics are easily discovered under a careful eye. However, his brashness is ultimately his undoing – going head to head with David, he made a serioius mistake by thoughtfully ingesting the poisonous Kool-Aid in his pompous show. 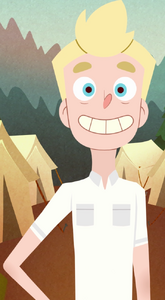 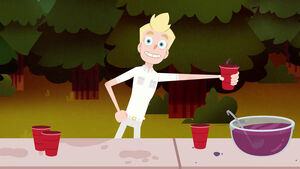 Daniel and his deadly fruit punch. 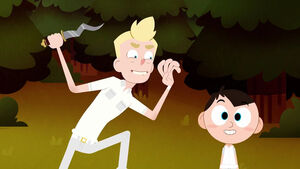 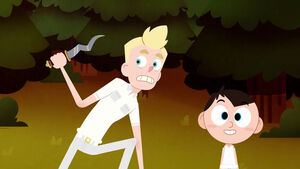 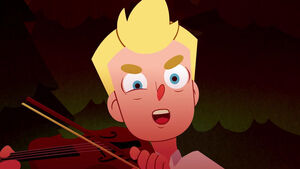 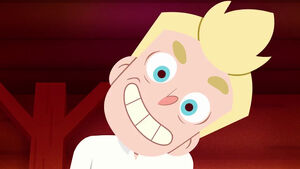 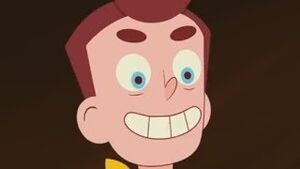 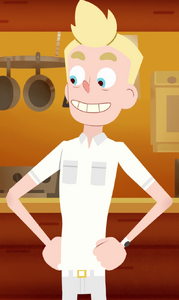 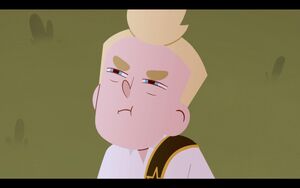 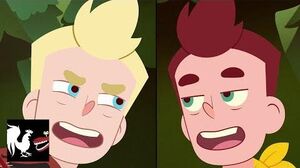 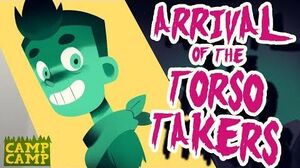