Second-in-command of the Ring.

Get rid of Chuck Bartowski and take over the CIA and NSA (failed).

Be number one agent of the Ring (failed).

Shaw was a dedicated and decorated CIA agent who was hunting down the Ring, believing that they killed his wife, Evelyn, until he discovered the whole circumstances surrounding his wife's death, in which he ultimately went rogue as he became the agent of The Ring and ultimately, mentor-turned-nemesis of Charles Irving "Chuck" Bartowski.

He was portrayed by Brandon Routh, who also played Todd Ingram in Scott Pilgrim vs. the World, and Neron in DC's Legends of Tomorrow.

Daniel Shaw was born by his parents, John and Mary. At some point, he had a relationship with his ex-girlfriend, Sarah Walker, before meeting his future wife, Evelyn "Eve" Shaw, and married her.

Then, both Daniel and Evelyn were assigned to gather intelligence on the Ring roughly five years prior to "Chuck Versus Operation Awesome". Shaw admitted he always tried to protect her, and he currently believes this is what led to her being killed in the line of duty. Sometime during his field work against the Ring, Shaw had burnt Ring operative Nicos Vassilis, leaving a scar on his face. It is mentioned in "Chuck Versus the Other Guy" that Shaw previously taught at the United States Military Academy in West Point.

He is a villainous counterpart of Chuck, but was initially a good guy and loyal member of Team Chuck before he went rogue. Shaw was working with a terrorist organization called the Ring and their main goal is to take over the CIA and NSA in order to have federal agencies in their payroll. He also killed Chuck's father, Stephen J. Bartowski. He eventually went to prison in the end of season 3.

He came back in season 5 to plan his revenge on Chuck. Clyde Decker was on Shaw's payroll in the CIA they never looked at; he ordered him to ruin Chuck and his friends' lives. Decker took the Intersect out of his head and all of them were fired from the CIA and NSA. Mostly, he would throw the book at them for going rogue. Chuck has some strong evidence about his cover up turning Hartley Winterbottom (an MI6 agent) into a Russian terrorist named Alexei Volkoff that he can send to the press or the feds about his cover up. They let him go. Chuck and his team became freelance spies and figure out Decker was working for Shaw the whole time while he was in jail. Decker is dead and Shaw escaped from jail to have his revenge on Chuck and his team, but it backfired and he went back to jail. 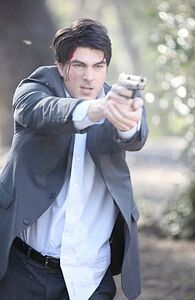 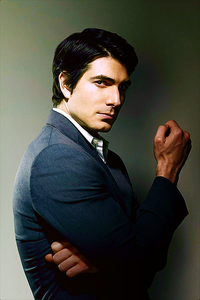 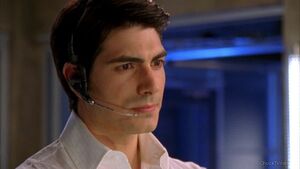 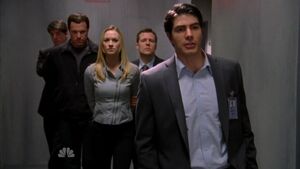 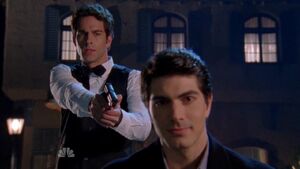 Shaw vs Chuck
Add a photo to this gallery
Retrieved from "https://villains.fandom.com/wiki/Daniel_Shaw?oldid=3305449"
Community content is available under CC-BY-SA unless otherwise noted.