Kill his own brother (succeeded)

Get away with it (failed)

Daniel "Danny" Murphy, Jr. is the main antagonist of the Criminal Minds episode "A Shade of Gray". He is a sociopathic child who murders his own brother, Kyle, and allows his parents and a family friend to frame someone else for the crime.

He was portrayed by Kendall Ryan Sanders.

Danny is a sociopath, devoid of compassion and empathy and prone to violent outbursts when he doesn't get what he wants. He is, however, adept at faking emotions he is incapable of feeling and putting on an innocent, lovable façade. His parents, Dan and Sarah, convince themselves that his violent episodes are merely a "bad temper", even when he tortures and kills the family dog. He reserves special torment for his younger brother, Kyle, whom he resents for occasionally playing with and breaking his toys.

One night, Kyle finds Danny building a model airplane and asks to play with it. When Kyle accidentally breaks the plane, Danny flies into a rage and chokes him to death by shoving pieces of the model down Kyle's throat. When his parents discover what he has done, Danny feigns remorse and claims it was an accident. Dan and Sarah are horrified, but decide to cover up the crime, not wanting to lose both their children.

Dan calls his friend Detective Bill Lancaster for help. Lancaster takes the body to the nearby woods and leaves it there, intending to make Kyle's death look like the work of Hugh Rollins, a convicted sex offender suspected of raping and murdering two boys.

The FBI's Behavioral Science Unit (BAU) is called in to investigate, and agent Emily Prentiss notices Danny's emotional detachment; Dan and Sarah say that he does not understand what is going on. When Special Supervisory Agent David Rossi questions Rollins, he threatens to send him to state prison, where he would almost certainly be tortured and killed by other the inmates. Terrified, Rollins makes a false confession in hopes of being sent to a higher security federal prison. After researching Rollins' pathology and modus operandi, however, Rossi and Agents Derek Morgan and Spencer Reid realize that he would not have treated Kyle's body with the care and respect that the killer displayed; they theorize that the killer was someone close to Kyle.

Acting on a hunch, Prentiss brings Dan, Sarah, and Danny in for questioning, and separates Danny from his parents. When she asks him about his brother, Danny is cold and unemotional, but he becomes violently angry when he can't open a bag of chips Prentiss had given him; Prentiss realizes that he is a sociopath. When Agent Jennifer Jareau brings in Kyle's autopsy confirming that there were model airplane parts in the boy's throat, Prentiss confronts Dan and Sarah, who admit to covering up what Danny had done. Danny is then presumably institutionalized. 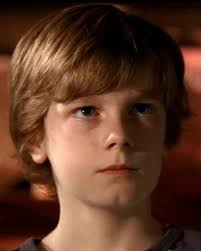