Leader of the Stacked Deck crew

To use the player to get more rep, to defeat the player once and for all and defend Silverton (all failed).

Darius is a fictional character and the main antagonist in Need for Speed: Carbon.

He is the leader of the Stacked Deck Crew and is initially seeming to be friendly towards the protagonist, until it was revealed that it was he who set him and Nikki up in the past and towards then. During the final confrontation, he recruits three assistants who are revealed to be bosses of crews the player previously defeated and victims who Darius had set up in the past, them being Angie, Kenji and Wolf.

Before Carbon took place (prior to the events of Need for Speed: Most Wanted), he gave the player his heavily customised Toyota Supra to use in the race with the 3 main bosses of the city. Nearing the end of the race, all of the cars (with the exception of the Supra) get hit by EMP guns used by a waiting S.W.A.T. team, and the police arrive on the scene to arrest everyone involved in the race. The player however was able to successfully escape custody, and gets handed the bag containing the race's prize by Nikki, before she too was also arrested by the Palmont Police Department. The player escapes, being led down a side road blocked by a Chrysler 300C which opens to lead the player out before blocking it back. On the run, the player checks the reward back only to discover it contained newspaper scraps and empty checks, not the prize money.

After the player escaped custody by the Rockport Police Department in Need for Speed: Most Wanted, two years have passed and he in his BMW M3 GTR drives back to Palmont City. Suddenly he gets bumped several times by Cross, now a bounty hunter after failing to arrest the player in Rockport before. The player attempts to escape Cross but enters a construction zone resulting in the totaling of his M3 GTR. Cornered by Cross, the player is about to get caught until Darius arrives with his crew and rebukes Cross for bounty hunting in his turf of Silverton without approval. Paying off Cross via his crew mate David, he tells the player that he owes him twice now, and that he should return the favour by assisting in acquiring more territory by defeating the three bosses in the various areas of Palmont, revealed to be the rivals of the race from before.

Darius tasks Nikki to guide the player in his task, with a begrudging Nikki agreeing. After conquering enough areas to rival Darius' turf in number, he approaches the player stating he is impressed and encourages him to continue before driving off to a secret meeting unbeknownst to the player. Nikki soon arrives and confronts Darius on the player earning more territories and ultimately using the player, only for Darius to refute and state he simply is smarter, and states he can still win over the player, even without racing.

As the player defeats each crew boss and conquering their respective turfs, a former member of the boss' crew will join the player and reveal what happened during that fateful race from before. Conquering all three turfs, Darius requests the player to meet him, but the player confronts Darius instead, having known of Darius' interference from before on that night. Darius then reveals his true colours, saying the player never had an edge over him and is again taking everything the player now owns, selling him out to Cross resulting in the player arrested. Darius takes the player's current car keys and hands it to Nikki who arrives before driving off himself.

Eventually, after the player acquires all of Silverton, he challenges Darius to a final race in the city, and a final canyon duel at Eternity Pass with the player emerging victorious. Darius surrenders his Audi Le mans Quattro to the player and tells him that their victory won't last forever with someone bound to be faster than the player and will ultimately beat him. Darius then leaves Palmont City in David's Jaguar XK, never to be seen again, as the player reconciles his relationship with Nikki.

Despite his apparent friendliness, Darius is manipulative and scheming. He had 'saved' the player before in the previous race before the game's events and again from being arrested by Cross at Lookout Point canyon making the player owing him twice, only to realise he set the player up all along. It was he who tipped off the police on that night of the race to target only the crew bosses, had hired someone to bump into Nikki holding the prize money bag and switching it with an identical one, and paid a cop to let the player escape via a previously blocked alleyway. Giving the player the Supra he owns, he tells the player to run away. With many people involved in the race arrested and the player in exile, Darius is quick to steal the limelight and tarnish the player's name, also acquiring the money from the prize money bag he switched from before to please Nikki. It is very likely that Darius also lied to the crew bosses after their release that the player was responsible for their outcomes since that race.

Darius also tends to be very prideful towards people he dislikes, shown when the player ultimately confronts Darius with the truth, he boasts at the player that he always had an edge over him and the player was never a threat to him at all. Before each race against Darius, he is quick to taunt the player. Despite the player beating him, he still does not hide his disdain towards the player and even continues to mock him to the end with a foreboding message. This is also apparent with a running joke Darius makes when addressing Cross by never calling him by his correct name but instead ignorantly calling him 'Crock' or 'Crawl'. 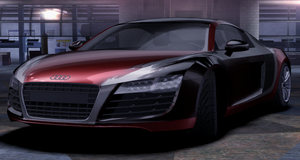 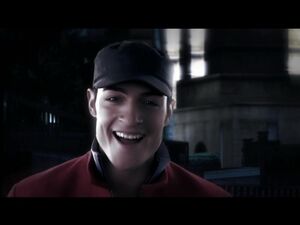 Darius laughing and betrayed The Player 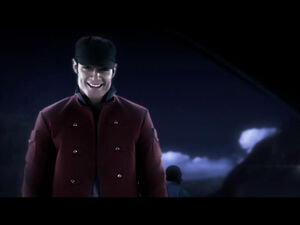 Darius betraying the player giving him to Nathan Cross 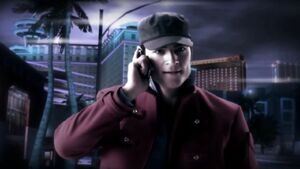 Darius receiving a phone call about Nikki who betray him making a deal with Cross before the player challenge him, and eventually recruiting Kenji, Angie and Wolf into Stacked Deck. 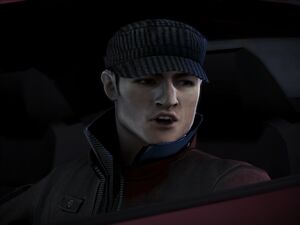 Darius tell the player that he will defeat him 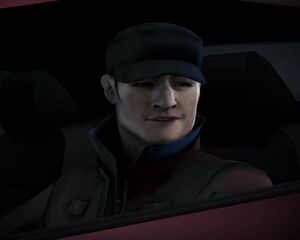 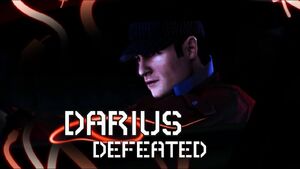 Darius defeated by the Player 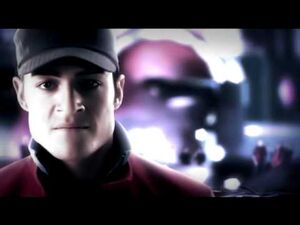 Darius when he approached The Player after his defeat. 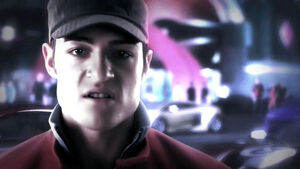 Darius warned by the player after his defeat telling him that he is still faster than him and others will are also faster before leaving
Add a photo to this gallery
Retrieved from "https://villains.fandom.com/wiki/Darius_(Need_For_Speed)?oldid=3771283"
Community content is available under CC-BY-SA unless otherwise noted.