Dark Side of the Force

Assist Count Dooku and the Confederacy in their plans to overthrow the Galactic Republic and the Jedi Order.

The Dark Acolytes was an organization and loose collective group of Dark Jedi that were active during the Clone Wars. The acolytes was a group that was formed by Count Dooku, a former Jedi Master-turned Sith Lord, and they fought on behalf of the Confederacy of Independent Systems during the war. They acted essentially as the Separatist counter-part to the Jedi Order of the Galactic Republic. The Acolytes served as spies and assassins for the Confederacy and would play a major role throughout the Clone Wars and are the main antagonists of Star Wars: Republic.

The Dark Acolytes was an organization whose members were Dark Jedi who had fought on behalf of the Separatists during the Clone Wars. Founded and lead by Count Dooku, he met many force-sensitive individuals were convinced to join the Separatist cause and recruit and train them. Many of the Acolytes had joined as they were former Jedi who grew frustrated with the corrupt government of the Galactic Republic and the Jedi Order and thus, they defected to the Confederacy in favor of their cause of overthrowing the corrupt Republic.

Entry into the organization was rather easy as force-sensitives can approach Count Dooku and request membership and will be entered into the group without hesitation. Upon entry however, the new recruits must go through a series of tests to prove their loyalty and strength towards Dooku and the Separatist Alliance. Many will often go into Sith training to improve their skills and strength. Many of the acolytes weren't actual Sith, and thus they didn't break the Rule of Two, and were mainly Dark Jedi, but many did adhere to the philosophy of the Sith and the dark side of the force as well. One prime example of this is Asajj Ventress who was taught in the ways of the Sith despite being a Dark Jedi.

Members of the Dark Acolytes were given equipment that were strongly from a Sith origin as they all did adhere to the Order of the Sith Lords. Many of their equipment was from Sith design such as Sith Enforcer Battle Tanks and Red Synthetic Lightsaber Crystals as well for their lightsabers. They carried their lightsabers with pride and flew their red Sith colors into combat. Notably, Quinlan Vos was provided with a red crystal from the original lightsaber that was previously used by the Sith Lord, Darth Andeddu. Many members of the Acolytes however, had continued to use the same Ilum Crystals that were used by the Jedi, particularly if they were acting as spies and infiltrators within the Jedi Order.

Beyond the standards however, the equipment and weapons used by the Acolytes had varried via personal decision due to the various roles that they had performed in the Confederate military. One such example is how both Savage Opress and Tol Skorr had worn a form of combat armor. Ventress opted out to perform assassination missions and wore Sullustan Leather and long combat skirts. Sora Bulq had still worn his original Jedi robes even after joining the Dark Acolytes and was only distinguished by his use of a red lightsaber.

The Dark Acolytes had a rather simple ideology as the group never focused on a formalized ideology nor philosophical teachings. The group was opposed to the Jedi Order and was based around their opposition towards the Jedi. Members of the Acolytes were united under the belief that the Galactic Republic should be overthrown with former Jedi members being frustrated with the corruption, bureaucracy, and greed that had surrounded the Republic. Quinlan Vos in particular joined the Acolytes as a means of routing out corruption within the Republic rather than for a thirst of power and still adhered to the teachings of the Jedi.

Despite this however, the organization was deeply routed in the philosophy and teachings of the Sith and of the dark side of the force. Dooku had cited during his meeting with Yoda on Vjun that since every living being had possessed a dark side within them, turning to the dark side was to acknowledge it and it wasn't inherently evil. In a separate exchange, Dooku said to Quinlan Vos that the Jedi's unwillingness to embrace the dark side of the force was motivated by fear of it and if the Jedi were to get rid of such a fear, then all of the injustices of the galaxy could be corrected. However, Dooku was a full Sith Lord at the time so his statement cannot be a representation of the Dark Acolytes as a whole.

The first recorded activities of the Dark Acolytes was at the start of the Clone Wars where many Jedi Knights who had fallen to the dark side had joined the ranks of the organization. One of Dooku's earliest recruits was Sev'rance Tann, a female Chiss force-sensitive and a general in the Separatist Droid Army. Tann was a tactical genius who was brought out of Chiss space and into Republic territory by Darth Sidious and was trained by Count Dooku. Her skills and high-levels of success had won her a great deal of favor from Dooku and other Separatist figureheads. During the First Battle of Geonosis at the very beginning of the Clone Wars, Tann was tasked with clearing Dooku's escape route during the fighting. 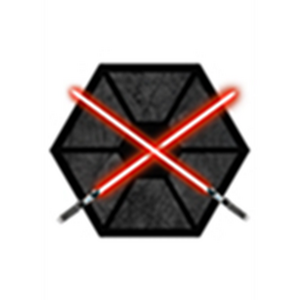 Retrieved from "https://villains.fandom.com/wiki/Dark_Acolytes?oldid=3888738"
Community content is available under CC-BY-SA unless otherwise noted.