"Born and Raised in Black and White"

Sadomasochistic Outlaw
The unnamed dark brother is one of the two central characters of the song "Born and Raised in Black and White" by country duo Kix Brooks and Ronnie Dunn, known together as Brooks & Dunn. He is the brother of the other protagonist, the light brother.

He was performed by Kix Brooks.

The two brothers were born in Texas, in the hot and unforgiving desert, where it is implied things were tough due to the constant lack of rain and incredible heat. Though both were cherished by their mother, one brother grew up with a fondness for books, learning, gospel, and the Bible, while the other grew up with a fondness for violence, fighting, guns, and thrill-seeking. They would often play out in the desert, though the lighter one would often be reading or studying and the other would often be shooting guns. When their mother would call them, the good one would come immediately, while the bad one would run and hide.

As the two grew up, the bad brother said that he had no plans for his life, and was really just thrill-seeking and taking things as they came. His brother grew up to become a religious man, saving souls and preaching the gospel. However, he was extremely afraid of the bad brother and would not even try to form a relationship with him, much less offer his soul be saved.

The bad brother grew into a violent man, and would often fight around town. He loved and needed the feeling of a gun in his hand, and loved to shoot. However, at one point during an enigmatic incident, the bad brother shot and killed another man. When questioned why he did it, he admitted he did not know why. He was arrested, tried, and eventually sentenced to death.

When the day of his execution came, he was offered a last request and a cigarette, both of which he accepted. He decided that his last request would be for his brother to come in and bless his mortal soul, and perhaps have both he and God forgive him of his sins.

The brother is a violent thrill-seeker with apparently no regard for anyone else's safety. He does not desire to hurt as much as feels a need to, and thrives on the violence he causes. He is so destructive and violent that others, including his own brother, fear him. However, he does show a great deal of remorse after he sees the consequences of his actions, so much as to have his last request be to be blessed by and see his brother one last time, redeeming himself shortly before his punishment. 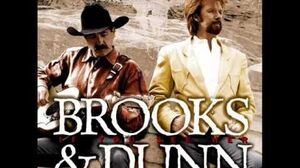 Brooks & Dunn - Born And Raised In Black And White.wmv
Add a photo to this gallery
Retrieved from "https://villains.fandom.com/wiki/Dark_Brother?oldid=3366277"
Community content is available under CC-BY-SA unless otherwise noted.