Dark Gaia is a titanic creature, a corrupted elemental, is Chip's archenemey, and is one of the main antagonists and final boss of Sonic Unleashed.

Dark Gaia was the "dark" half of the Earth while Chip (also known as Light Gaia) represented the lighter half of existence. Every few millions of years, Dark Gaia would emerge to destroy the world, but Chip would always put it back together and seal Dark Gaia in the Earth's core again.

When Dr. Eggman used the Chaos Energy Cannon to split Earth into pieces, Dark Gaia was awoken and began to destroy the natural order while Chip was born into the mortal world as a small fairy-like creature. It is what spawns the monsters that plaque the world. However Dark Gaia was awakened prematurely so he was split into pieces, which Eggman eventually brought together.

Upon becoming mostly whole and emerging from the lava at the center of the earth, Dark Gaia ignored Eggman's orders and sent him flying into the distance. Chip fought Dark Gaia, and eventually Sonic fought him as well, before Dark Gaia absorbed the power within Sonic that made him a werehog, becoming Perfect Dark Gaia. Sonic used the Chaos Emeralds to turn into Super Sonic and defeated him, smashing through his center eye. Slowly decaying and gushing green blood, Dark Gaia fell back into the lava. Though the world was saved, Professor Pickles explains that light cannot exist without darkness and thus it is possible Dark Gaia is still alive as part of the planet's cycle. 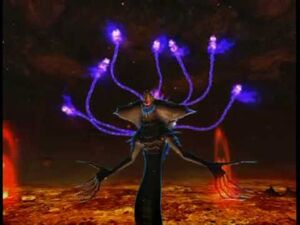 Dark Gaia in the Earth. 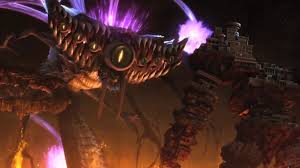 Perfect Dark Gaia
Add a photo to this gallery

Retrieved from "https://villains.fandom.com/wiki/Dark_Gaia?oldid=3389901"
Community content is available under CC-BY-SA unless otherwise noted.