The Death Generals are an evil organization in the anime, Digimon Xros Wars. They are led by Bagramon, DarkKnightmon, Tuwarmon, and Yuu, Nene's brother. One by one they all get defeated by Xros Hearts. DarkKnightmon revived them back to life as souless Digimon to get revenge on Xros Heart United Army. And all 7 of them merge together to form the Ultimate Death General; GrandGeneramon. After GrandGeneramon easily defeated Shoutmon X7, DarkKnightmon sent Taiki's, Shoutmon's, Ballistamon's, and Dorululumon's souls into Prison Land. They confronted the Death Genrals to get revenge on Taiki and easily defeated Shoutmon X3. Olegmon betrayed the other Death Generals and the good Apollomon emerged from Apollomon Whispered and destroyed him for good, alowing Taiki, Olegmon, and the others back to the Bagra Empire to return to their bodies.

Members of the Death Generals 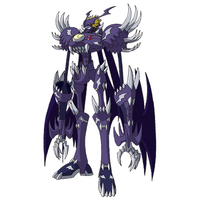 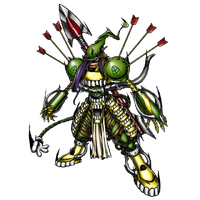 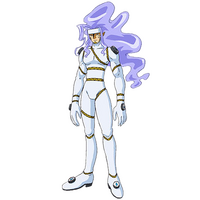 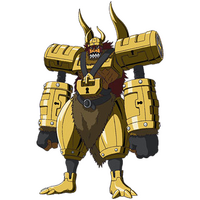 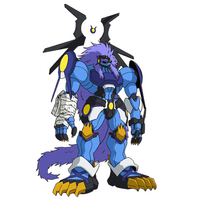 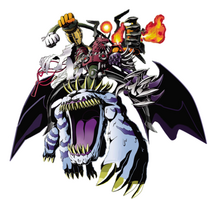 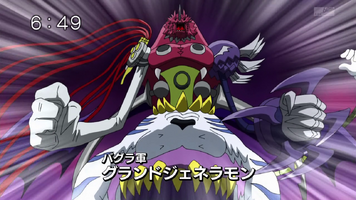 GrandGeneramon (Incomplete)
Add a photo to this gallery
Retrieved from "https://villains.fandom.com/wiki/Dark_Generals?oldid=404617"
Community content is available under CC-BY-SA unless otherwise noted.