Can change to his Digimon Emperor form at will

To reboot the Digital World into a new world where Humans and Digimon never work together (failed).

Dark Gennai, the "Mysterious Man" is one of the secondary antagonists of Digimon Adventure tri.. He is working with King Drasil and Maki Himekawa.

He is voiced by Hiroaki Hirata in Japanese Version and Jeff Nimoy in English Version.

He has short, brown hair with a ponytail at the back, and wears black robes. He has pale blue eyes.

Unlike Gennai, Dark Gennai is dark, cruel, and sadistic. Dark Gennai openly enjoys the suffering of others as seeen when he laughs at Meiko while she was in despair. He is loyal to King Drasil, is more of a malicious sociopath who believes the Digimon are being enslaved by humans and oversees the plan of using Meicoomon to destroy the humans with their world absorbed into the Digtial World.

The Mysterious Man, disguised as Ken, observes an attack by the Infected Digimon Ogremon on Primary Village. Later, at the Tsukishima General High School festival, he is spotted by Maki Himekawa, who is surprised to see "Ken". He then abducts Meicoomon, where the DigiDestined identify him as Ken, then retreats back into the Digital Dimension. When followed by Leomon, Gomamon, and Palmon, he infects Leomon and sends Infected Imperialdramon to attack the two Rookies. After Imperialdramon Fighter Mode's defeat by Rosemon and Vikemon, he releases Meicoomon and vanishes.

Later, after the DigiDestined return to the rebooted Digital World, he watches as they reunite with their Partners. He them comments to Himekawa about how it is such "a deeply emotional reunion" and reveals his Gennai-like form to her.

Afterwards, he attacks Sora, Biyomon, and Meicoomon. He reveals that the reboot was all part of King Drasil's plot where humans and Digimon can no longer interact with anyone. Then he unleashes a revived Machinedramon and MetalSeadramon on the Digi-Destined. Machinedramon and MetalSeadramon fail miserably when they are defeated by Hououmon, HerculesKabuterimon, and Seraphimon. The Mysterious Man later attacks Meiko Mochizuki, cause Meicoomon digivolve into Meicrackmon in fury and Mysterious Man laughing for his enjoyment of her suffering.

He watch Kari talk to Homeostasis. Later, Kari fall in despair thought her brother, Tai was dies, fissure opens which results in Tai and Daigo's disappearance. He says about the more is honest and delicate, the more fragile and easily broken she is.

After Omnimon destroys Ordinemon, Dark Gennai escapes with his current whereabouts unknown and states he will try again with Diaboromon and Daemon. 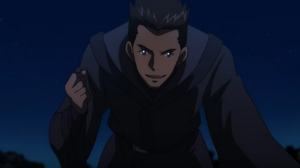 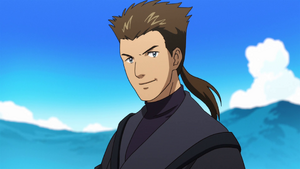 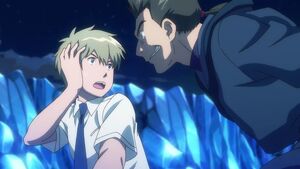 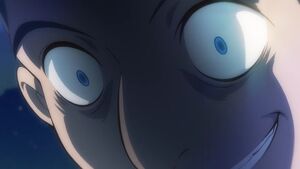 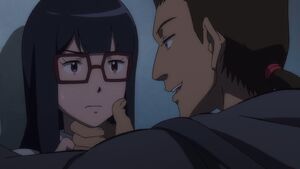 Dark Gennai trying to flirt with Meiko after cornered her 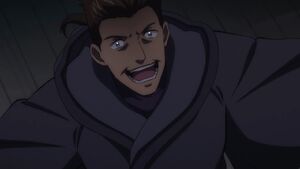 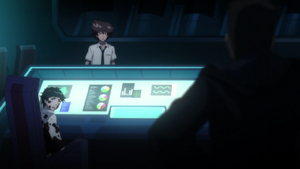 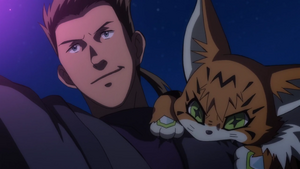 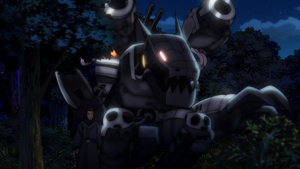 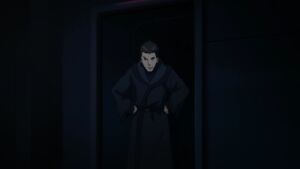 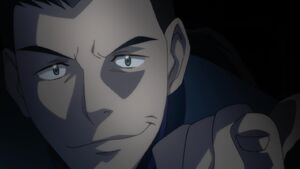 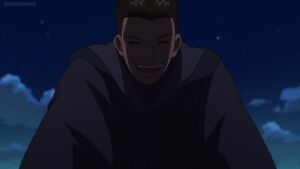 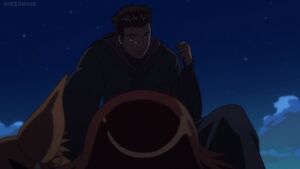 Retrieved from "https://villains.fandom.com/wiki/Dark_Gennai?oldid=4007432"
Community content is available under CC-BY-SA unless otherwise noted.