Destroy Goodness and Kindness as concepts.

Destroy the Care Bears (both failed).

Dark Heart is the main antagonist of the 1986 animated film Care Bears Movie II: A New Generation. He is a immensely powerful evil spirit with shapeshifting powers that seeks to destroy the kingdom of Care-A-Lot, along with the Care Bears themselves. Like many of the Care Bears villains, he’s pure evil (at least originally) and despises anything to do with kindness or love, and is as such vulnerable to the Care Bear Stare.

He was voiced by Hadley Kay.

Dark Heart is arguably the most powerful and evil villain of the entire franchise. (Although he ended up redeeming himself). He seeks to erase every form of kindness and turn the world into total chaos. His form is that of a red headed teenage boy dressed in red, which became his regular form after he lost his evil. Although he's extremely cruel, hateful, dangerous and manipulative, Dark Heart displays a mischievous and carefree side; fitting the childlike aspect he favors. Strangely enough, he tends to be rather clumsy under this aspect, tripping several times with no reason.

His true form seems to be that of a dark cloud with ominous red eyes. He displays a wide array of magic powers, being able to grant wishes, to create objects, to attack with red bolts of magic, among other things. A notable feature of Dark Heart is his ability to transform into any kind of living being; ranging from small animals like frogs, wolves and foxes, to large ones like sea serpents, vultures and rhinos. Whatever form he takes, Dark Heart has a red hue on his body. It also seems that whenever he transforms, he takes the weaknesses of the aspect he assumes, as he nearly drowned after falling from a boat under his human aspect.

Dark Heart initially appears under the shape of a gigantic sea serpent to destroy the ship transporting the baby Care Bears and their Cousins, led by the founders of the two very first Care Bears/Care Animals, True Heart and Noble Heart. However, the Great Wishing Star drives him away and takes the ship to Care-A-Lot, granting them their caring powers so that they could protect the world against Dark Heart's evil and help people in need. Irked, Dark Heart promises to get his revenge one day.

When the Care Bears and Cousins are all grown up, Dark Hearts goes to Care-A-Lot disguised as a repairman, fixing the caring meter in order to gain the Care Bears' trust. He tries to capture them all during the welcome back party, only to accidentally fall on a glide. Enraged, he reveals his true form and prepares to destroy Care-A-Lot but they manage to drive him away with the Care Bear Stare. Then True Heart and Noble Heart run after him to stop him once and for all, leaving the Care Bears in charge.

Preying on the ambitions of a lonely girl named Christy, Dark Heart promises to make her the Camp Champ of her summer camp, on the condition that she would help him whenever he needs her. He vastly improves Christy's physical fitness, enabling her to she wins all the athletic contests and to become the Camp Champion, like she always dreamed. But he enlists her help against the Care Bears not too long after. He has her simulating an accident on a canoe and scream for help, capturing the Care Bears that rush to her rescue. During one incident, Dark Heart loses his balance on the canoe, hits his head and falls into the water, prompting Christy to pull him out. Startled that she would save him in spite of his evil nature, Dark Heart states that she should have let him drown but nonetheless continue his evil work. Now that most of the Care Bears are out of the way, he spreads his influence over the world and makes everyone become hateful and violent, much in the same way as the Evil Spirit of the first movie.

The remaining Care Bears and their Cousins sneak into Dark Heart's lair, only to fall into his trap and get all captured. Dark Heart encases most of the Care Bears and Cousins into rubies which he places on his chandelier; but he's confronted by a remorseful Christy and her fellow campers John and Dawn, and by True Heart and Noble Heart. Seeing that she's willing to lose her popularity to help her friends, Dark Heart takes away what he gave her but warns her to run away and save herself. After a fierce fight, Christy gets struck by Dark Heart's bolt of magic but she uses her last strength to toss a marble and make the chandelier crash on the ground, freeing Dark Heart's captives.

Upon seeing Christy lying unconscious, Dark Heart gets overcome with remorse and begs the Bears to revive her. Uniting together, the Care Bears and Cousins, John and Dawn chanted together, "We care!" even Dark Heart joining them, until he completely loses his evil when Christy wakes up. After escaping from his secret hideout, Dark Heart thanks the Care Bear Family and hugs Christy for helping him realize why she pulled him out of the river. Christy notices that Dark Heart's eyes have changed from red to blue. He looks in a mirror and realizes that he's now a human. Vowing to do his part to spread caring and friendship, Dark Heart joins Christy, John and Dawn as a new member of the summer camp. It's unknown what happened to Dark Heart after camp is over, but it's assumed that he gets adopted by John and Dawn's family and becomes Christy's boyfriend. 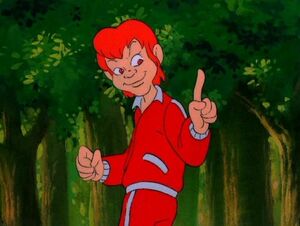 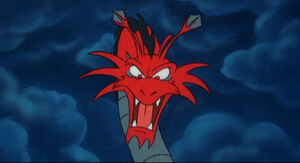 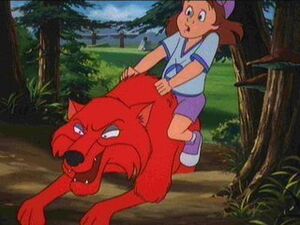 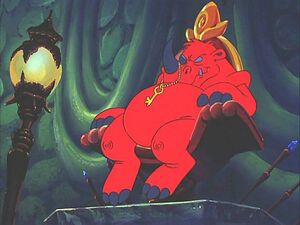 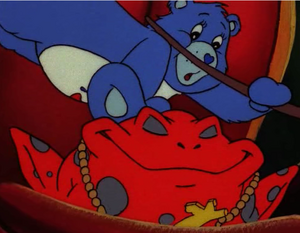 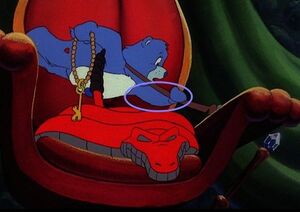 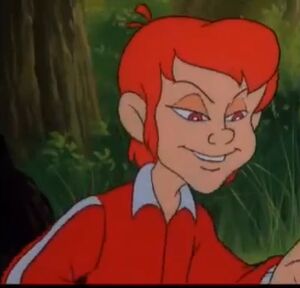 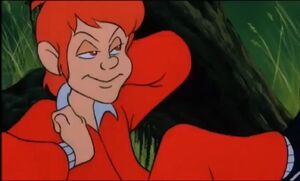 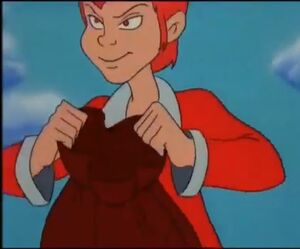 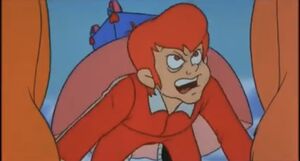 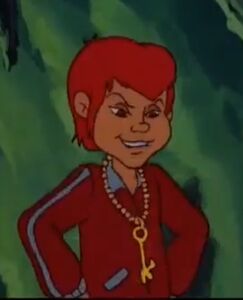 Dark Heart: Now I've got you all! 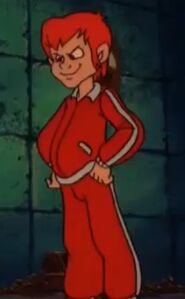 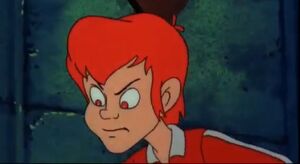 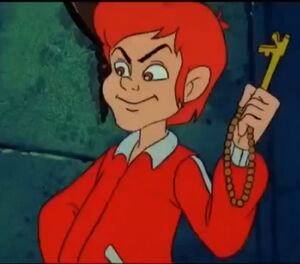 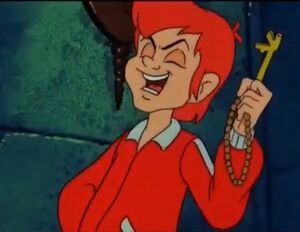 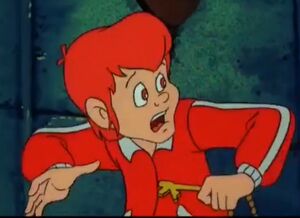 Christy: What did you do to them?