The Dark Lord is the main antagonist of the Ragnarok franchise. Supposedly, it is said that he is considerably weaker in the underworld. Still, he is the one of the strongest enemies to the heroes.

He was voiced by Yusuke Akimoto in the anime.

Dark Lord appeared as the main villain in the video game-based anime series. Dark Lord was born from the negative emotions of human people and many creatures as well. He was responsible for bringing the reign of terror to this world. As a result of his actions, the humans and monsters joined forces to defeat him before sealing away from the surface of Midguard with the help of Seven Ambitions. However, Dark Lord never truly died. As long as the negative emotions of the human race continue to flow around the world, he would remain alive.

Dark Lord was confined and located in the area of Glastheim. During the beginning of his progress, he prepared his plan to be awakened. He will be prepared to engulf the world with darkness and the reign of terror. Then, he hired Keough, Zealotus, and Zephyr into working with him to look for the Seven Ambitions, which were now scattered in Midguard. As the story continues, Dark Lord is nearly awakened in receiving three crystals of the Seven Ambitions. He then continues to encourage his minions by looking for the crystal that is desiring love.

Sometime later, his revival is nearly complete by disposing his minions. When Keough completely removed the soul crystal from Yufa's body, Dark Lord corrupted her soul into an emotionless puppet in the process. During the last battle in Glastheim, he uses the powers of the crystals to summon the Dark Illusions and orders them to stop the heroes. At the same time, he killed both Keough and Zephyr during the their last battles against Iruga and Takius, thus obtaining the crystals in the process. With all of the crystals gathered, Dark Lord is revived to break the seal before appearing to Roan and Yufa. Shortly, Yufa was freed from corruption and Roan was healed once more. The two heroes tried to attack him with their attacks.

Dark Lord deflected them with the power of the seven crystals. Suddenly, Maya destroyed the Seven Ambitions. Dark Lord quickly becomes weaker and powerless. Enraged, he tries to kill both Roan and Yufa; but his Meteor Storm was broken by the Spell Breaker used by Takius. Dark Lord is then ambushed and attacked by Maya and Judea, who survived the battle against Dark Illusions. Roan attacks him with the special sword was used to seal Melopsum and Yufa unleashed Magnus Exorcismus to seal him once more.

After the final battle was over, Baphomet arrives to Dark Lord that he was tired of evilness. Baphomet unleashes the epic blow to smash crystal where Dark Lord got sealed, thus ending the demon's life.

Dark Lord is a tall demonic deity. His entire body is made of skeletal bones. His head is made of up of bony horns fitted with floating halo with countless spikes around him. He has two forms: true form and shadow form. Dark Lord is also made of black smoke.

Dark Lord is the greatest king among demons and other monsters. He is the mastermind behind the bad events in both game and anime series. Dark Lord is cunning and responsible for manipulating and recruiting good ones as his minions like Keough. He shows superiority to all of the monsters. He plans to destroy humanity by bringing the reign of terror throughout this world. In addition, he has plenty of countless personalities, completely evil in nature.

In episode 12, he was awakened by obtaining the first three crystals: Blue Crystal (Doppelganger), Red Crystal (Maya), and Green Crystal (Osiris). Dark Lord was very pleased for his minions by succeeding the evil tasks in every mission.

In episode 19, Dark Lord was a bit furious for obtaning the wrong crystal that is very positive after Moonlight Flower (Wolyafa) was killed by Zephyr. He needs a desiring love is Yufa.

Between episodes 23 and 25, Dark Lord became very excited for obtaining the two remaning crystals: Purple Crystal (Zealtous) and Yellow Crystal (Yufa). Upon his successful revival, he was responsible for the deaths of Zephyr and Keough during their last battles against Takius (Katherine) and Iruga Alam. He was challenged by Roan and Yufa to tough final battle.

Dark Lord is a powerful satanic enitity. He possesses the power of darkness and corruption. Dark Lord himself was capable of turning heroes into evil side. His powers are shown for the following:

Despite his power in dark magic. Dark Lord has some weaknesses for the following: 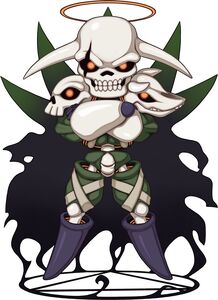 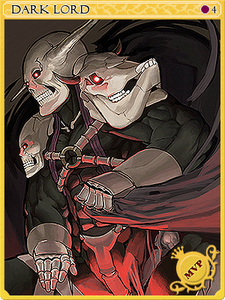 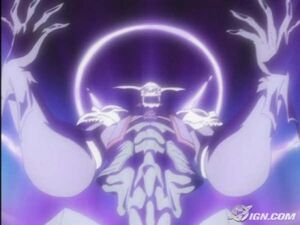 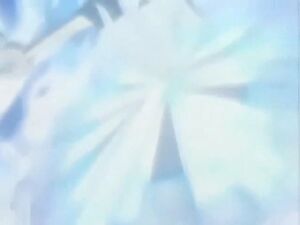 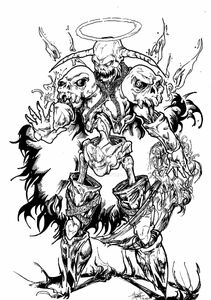 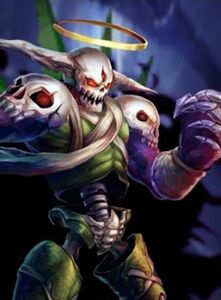 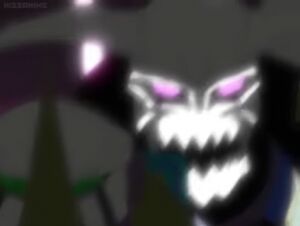 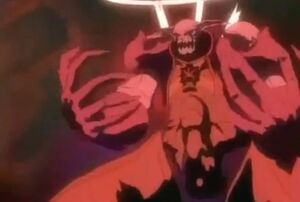 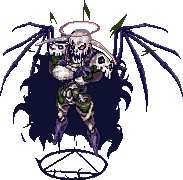 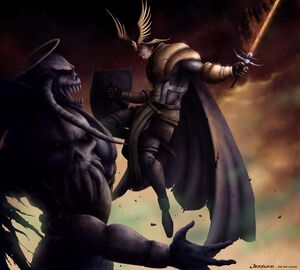 Retrieved from "https://villains.fandom.com/wiki/Dark_Lord_(Ragnarok)?oldid=4306411"
Community content is available under CC-BY-SA unless otherwise noted.