The Dark One Worm is an antagonist in the animated sci-fan superhero series Super Robot Monkey Team Hyperforce Go!. It is a member of the Dark Ones, a race of trans-dimensional demons created by an unknown evil force during the beginning of time to end creation.

It was born from the core of the planet Shuggazoom. While many of the Dark Ones still are trapped in their home dimension known as the Netherworld, countless others such as the Dark One Worm are sealed within the core of each distant planet, waiting to be awakened to begin their mission to corrupt and destroy the universe.

The Skeleton King, a devoted disciple to the Dark Ones created the Pit of Doom as a conduit to connect the Citadel of Bone and the corrupted Power Primate to awaken the Dark One from its slumber to destroy the cosmos. The Dark One Worm's antenna attaching to the back of the Skeleton King's decapitated head to become the "Skeleton King Worm". 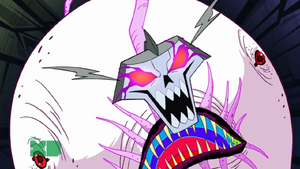 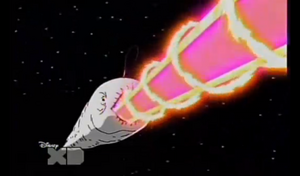 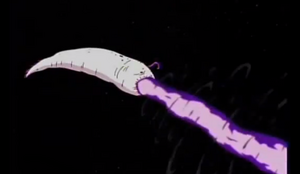 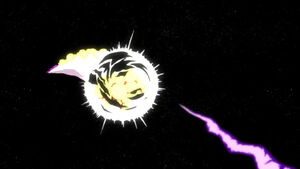 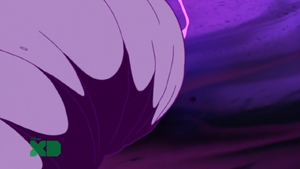 Retrieved from "https://villains.fandom.com/wiki/Dark_One_Worm?oldid=3759979"
Community content is available under CC-BY-SA unless otherwise noted.