Dark Sakura is an alternate form of Sakura Matou that she transformed into when she broke and gave way to her desires after being forced to kill her brother Shinji according to Zouken's plot. She is the secondary antagonist in Fate/stay night: Heaven's Feel.

As Dark Sakura, she rampages openly, managing to defeat Berserker by summoning Shadow Giants rivalling the Servants in power each and through the use of Saber Alter. In the day before the last one, she warns Shirou and Rin of the danger of awakening Angra Mainyu and asks them to run away, but they instead plan their own way to save her. Meanwhile, Sakura breaks free of Zouken's control and, partnered with Kirei Kotomine, kills him with a combined attack. Shirou and Rin arrive, and with Rider's help, Shirou takes on Saber Alter while Rin goes off to confront Dark Sakura. Even though she was able to match her with the use of the Jewelled Sword of Zelterch, Rin was unable to kill her no matter how many times she's convinced herself. However, Sakura is later freed from Angra Mainyu's control when Shirou, who had defeated and killed Saber Alter beforehand, uses Caster's Rule Breaker on her. 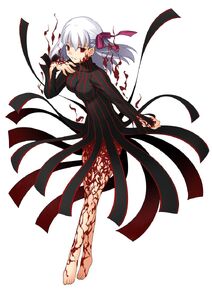 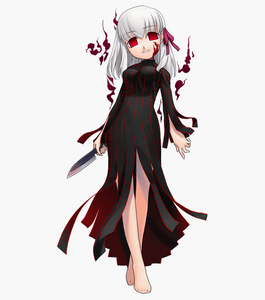 Dark Sakura (Fate/Tiger Colosseum)
Add a photo to this gallery

Retrieved from "https://villains.fandom.com/wiki/Dark_Sakura?oldid=3852715"
Community content is available under CC-BY-SA unless otherwise noted.