The Dark Squadron is the main villainous force from Blazing Lazers / Gunhed.

The Dark Squadron is an evil organization of galactic conquerors who seek to rule the universe. Comprised of alien mutants and robots and equipped with advanced weapons, they have reached the Solar System and threatened to destroy Earth with their secret weapon. In response, Earth sends the Gunhed starfighter to fend off the invaders.

The Gunhed fights the Dark Squadron's forces on Earth and on their space stations on the planet's orbit, finally reaching their mothership, where it destroys the central computer controlling all of their forces. That's not the end of them, however, as the Dark Emperor emerges from it for a final confrontation. With it's destruction, the mothership explodes, putting an end to the Dark Squadron's attack... Or is it?

The Dark Emperor is the main villain and final boss from Blazing Lazers / Gunhed. The entity known only as Dark emperor is a galactic overlord and leader of the Dark Squadron, who seeks to conquer the entire universe. He have now set his sights on the Solar System, ordering an attack on Earth to take it over, but Earth sends the Gunhed starfighter to fight his forces.

The Dark Emperor is fought inside the Dark Squadron's mothership. You have to first destroy the central computer, after which the Dark Emperor emerges from it, first appearing as a hologram of a human woman. Once the hologram is destroyed, the Dark Emperor finally shows his true form, reavealing himself as a giant robot. His destruction causes the entire mothership to explode. 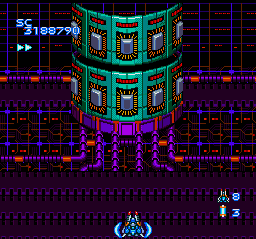 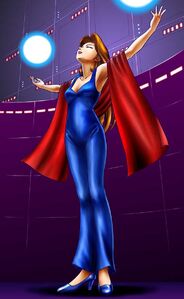 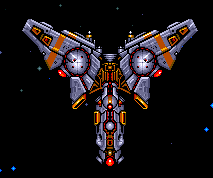 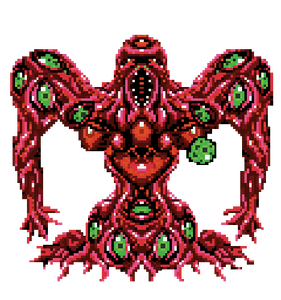 Retrieved from "https://villains.fandom.com/wiki/Dark_Squadron?oldid=3292978"
Community content is available under CC-BY-SA unless otherwise noted.