16 years before the series' beginning

Capital of the Spade Kingdom

Capture Mages of the Arcane Stage. (both ongoing)
Capture William Vangeance and Yami Sukehiro.
Use the Tree of Qliphoth to unleash demons into the whole world. (both succeeded)

The Dark Triad is the main antagonistic faction in the second saga of Black Clover manga and anime, becoming so after the conclusion of the first saga.

They are the current rulers of the Spade Kingdom, who control their kingdom through tyranny and enslavement. They are composed by the Zogratis siblings, consisting of Lucius, Dante, Vanica and Zenon, as well as their direct subordinates known as the Dark Disciples, all backup by the Upper-Class Devils' power.

They first appeared as the overarching antagonists in Arc 10 and later served the main antagonistic faction in Arc 11.

The Dark Triad are composed by the three renegade siblings from House Zogratis and their minions, known as the Dark Disciples, all of whom made a deal with the upper-class Devils (including Megicula) and usurped the throne of the Spade Kingdom, overthrowing its original royal family, House Grinberryall, of which Yuno was revealed to be its only known survivor and the Spade Kingdom's former prince.

After seizing the Spade Kingdom's throne, the Dark Triad enhanced themselves and their Dark Disciples with demonic possessions. Each of their mage had reached the level that could match with a Zero Stage mage. Their rule had turned the Spade Kingdom from a formerly benign and peaceful country to a nation of warmongers, sparking rivalry with other three kingdoms.

Upon the defeat of Zagred, also known as the Word/Kotodama Devil, the Clover Kingdom was now in disarray due to the elves' invasion. In the meantime, Julius Novachrono, the Wizard King, had revived through his magic, only as a 13-year-old boy, with his power severely weakened.

Weeks after the war against the elves and Zagred, the Spade Kingdom had seized the chance and began to invade other neighboring realms. The invasion started with the Diamond Kingdom, where Zenon Zogratis, one of the Dark Triad, had defeated an army of the Diamond Kingdom, including at least two of the Eight Shining Generals, single-handed. It even terrified Luck when he arrived at the scene alongside Magna and Vanessa.

In the Heart Kingdom, Rolopechika, the queen of the Heart Kingdom, revealed to Asta and his friends that Megicula, the insidous devil who put a curse on herself and Noelle's mother before that, was lurking inside the Spade Kindom. She propsed an idea of training for half a year to face this imminent threat, something that Asta and others agreed.

Half a Year Later

During this six months, the Spade Kingdom had conquered one third of the Grand Magic Zone and most of the Diamond Kingdom. Asta, Noelle, Mimosa, Luck and Leopold had assisted the Heart Kingdom and the Clover Kingdom's alliance in the Spade Kingdom, and discovered the Dark Disciples' plan to use their citizens as sacrificial lambs and fuel their power. After foiling their plot, Asta discovered the Dark Triad's existence from a surviving Spade villiager.

In the meantime, inside the palace of Spade Kingdom, the Dark Triad began their next moves, with Dante (harboring Lucifero's power) assaulting the Black Bull's headquarters that moved into their region, Vanica assaulting the Heart Kingdom, and Zenon went for the Clover Kingdom to capture William Vangeance from the Golden Dawn's base. In the meantime, an unnamed Black Bull member, with the affinity of Shadow Magic, had infiltrated into their base and discovered their ultimate objective.

Their ultimate goal, according to Dante himself, is to use the World Tree Magic of William Vangeance and the Dark Magic of Yami Sukehiro to grow the Tree of Qliphoth, which would open a portal to the Devil's realms and unleash them into the whole world, much to Yami's disgust when he heard about it.

So far, Zenon managed to capture William and severely bashed the entire squad of Golden Dawn, including Yuno, causing the death of half of their squad members. Dante had severely injured Gauche and Asta before entering his confrontation against Yami, while discovering Grey and Vanessa's identity as Arcane Stage Mages as well and attempting to court them.

Vanica, on the other hand, led several Dark Disciples to the Heart Kingdom and caused great damage, including defeating most of the Spirit Guardians there, and were confronted by Leopold, Luck, Charmy and others.

The Dark Disciples are elite groups of the Dark Triad. In Spade Kingdom, they are equivalence to Magic Knight Captains in the Clover Kingdom, Spirit Guardians in the Heart Kingdom, and Eight Shinning Generals in the Diamond Kingdom. Their have been enhanced by the lesser devils granted by their leaders. All of the Dark Disciples appeared by far are shown to be sadistic, arrogant and brutal to the point of boasting their own power and other qualities whilst trampling upon the lives of humans.

So far, Zenon and Vanica both took their respective Dark Disciples to the battlefield, whilst Dante's Dark Disciples stayed in his castle and served as guards. 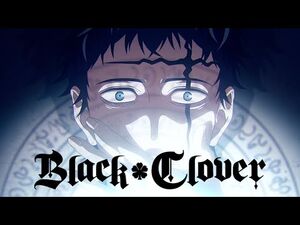