Twin/Clone
Dark Yuki, also known as the Gemini Zodiarts, is the embodiment of Yuki Jojima's negative emotions as well as one of the Horoscopes and a major antagonist in Kamen Rider Fourze.

She was portrayed by Fumika Shimizu and voiced by Hiromi Konno.

Dark Yuki was created when the Libra and Leo Zodiarts forced Yuki to activate a Zodiarts Switch, causing her darker emotions to manifest into Dark Yuki as she became the Gemini Zodiarts.

Dark Yuki then went on to do things such as cheating Kengo out of a chance to see NASA, vandalize school property with space themed graffiti, and pushing Miu off a five foot drop. Initially, the Kamen Rider Club thought Yuki had gone crazy until they discovered footage of Dark Yuki. It also turns out that Dark Yuki is gradually becoming more tangible and that the real Yuki is slowly being erased from existence, taking over Yuki's life and tricking the Kamen Rider Club into attacking their now-masked friend.

As Yuki continues to lose control, the Horoscopes prepare a ceremony of death and rebirth to cause Yuki to disappear forever. However, when Gentaro shows the ticket Yuki gave him to go to space with her when Gentaro moved away back when he was a kid, Yuki begins to regain control.

Dark Yuki becomes the Gemini Zodiarts but this does nothing to stop her from losing dominance. Gemini fights Fourze initially has the upper hand over Fourze's Cosmic States until Ryusei throws the Meteor Storm Switch to him. Fourze uses the Switch to absorb the Cosmic Energy of the Gemini's Supernova technique and one of her red cards, before destroying Dark Yuki with the Rider Super Galaxy Finish.

Her Horoscopes Switch was later retrieved by Leo. 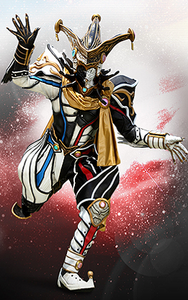