Manipulating twisted mortals to do her bidding

Attempted destruction of the universe

Tyrannical Deity
Darknest is the enigmatic main antagonist of Star☆Twinkle Pretty Cure and the leader of the Notraiders. Constantly concealing her true appearance and voice, her identity wasn't revealed until episode 46. Darknest is actually the

Darknest appears as a tall humanoid being wearing a full-body armor and long cape. Their snake-like features are based on the Japanese yokai Uwabami, although they were also a hint to their true idenitty. Darknest's face is hidden in the shadows of her helment, and her voice is distorted to hide the fact that she is actually a woman and one of the Star Princesses.

She wears a sleeveless dress with dark indigo and light purple bodice that is lined with gold at the top along with a feathery purple collar. The skirt is floor-length and purple with a dark indigo layer over it. Along the middle is a white section decorated with light purple oval-like designs and an indigo border.

Her accessories include a gold halo-like tiara that resembles a snake, a gold choker, gold crescent-shaped earrings, a wrap around her arms that resembles a bright green snake, and two gold bands on her upper arms. She later takes Garuouga's bracelet.

As Darknest, she appears very serious and power hungry, and desperately wants the power of the Star Princesses and Fuwa for her own purposes. She also neglects their minions' well-being and regards them as pawns.

After dropping her disguise, the Ophiuchus Star Princess acts more haughty and femenine and teases the other Star Princesses about their failures. She distrusts mortals and believes they didn't deserve the gift of imagination as it will only lead them to destroy the current universe.

The Ophiuchus Star Princess hid in the depths of the darkness to gather her power, eating planets to regain her strength. She began plotting to use the power of Fuwa, who she refers to as "the vessel", and her fellow Star Princesses to complete a ritual that destroy the universe and create a new one according to her will. She disguised herself as Darknest and began recruiting twisted individuals into the Notraiders, who she fooled by telling them she merely wanted to take over the universe. 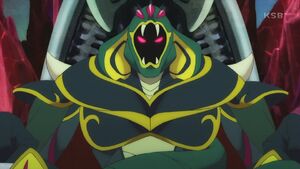 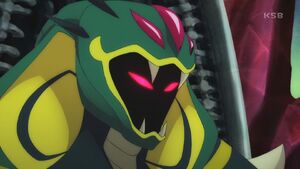 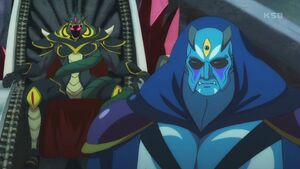 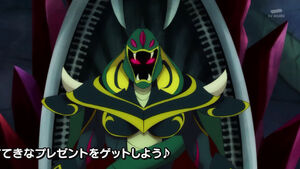 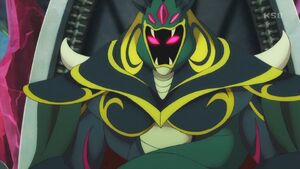 Darknest decides to give Tenjo a power similar to his 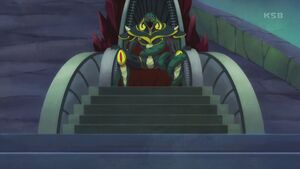 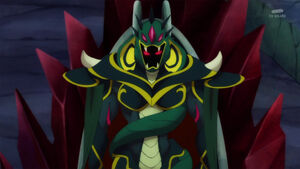 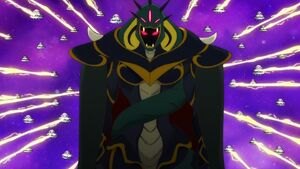 Darknest appears on Star Palace
Add a photo to this gallery

Retrieved from "https://villains.fandom.com/wiki/Darknest?oldid=3944170"
Community content is available under CC-BY-SA unless otherwise noted.