Escape the guilt that overwhelmed him (failed).

Have Niko kill him (can succeed).

Darko Brevic (March 14, 1975 - April 2008) is a minor yet central antagonist in Grand Theft Auto IV. Despite only appearing in person once, he is the one who shapes up Niko Bellic's current character before the games events and is subsequently his main target in Liberty City.

He is one of three survivors of the Fifteen Man Squad, the others being Niko and Florian Cravic.

He was voiced by Michael Medeiros.

Darko was a fellow soldier alongside Niko Bellic and Florian Cravic during the Yugoslav wars, and eventually sold out his squad to enemy forces for $1,000 to help pay for his heroin addiction.

This event left Niko emotionally broken ever since, and would spend the next decade hunting down Florian and Darko to discover who betrayed the squad, and to exact revenge. After the betrayal, Darko fled to Bucharest, Romania.

Niko moves to Liberty City to find Florian, who in the intervening years changed his name to Bernie Crane. However, Niko discovers that Bernie is innocent, and begins to look for Darko.

One of Niko's contacts at the United Liberty Paper organization eventually arranges Darko's kidnapping, and leaves him on the tarmac of Francis International Airport, at Niko's mercy; Niko arrives at the airport with Roman, and interrogates Darko.

Darko reminds Niko that their squad were no angels themselves, stating that Goran (another member of their squad) was responsible for the deaths of some of Darko's own friends and neighbors, and tells Niko the reason that he betrayed the group. Niko is horrified that he and his friends were sold out over such a paltry sum of money; in response, Darko asks how much Niko has charged for all the murders he has committed. Outraged, Niko tells Darko that he ruined his life.

Darko also calls him a hypocrite; he falls to his knees and says that Niko would be doing him a favor by killing him. He breaks down in tears, and Roman attempts to coax Niko away, observing that Darko "doesn't look like he enjoys life too much".

The player can then decide whether or not to kill Darko. If Darko is allowed to live, Niko will feel a little better, knowing that the greater punishment is leaving Darko alive to suffer from his drug addiction. As Niko walks away, Darko runs away screaming, never to be seen again in the game. It is then unknown what happens to him after this. Roman, Florian and the United Liberty Paper Contact congratulate Niko on finally letting go of his desire for revenge.

Should the player choose to kill Darko, Niko will shoot him twelve times, one shot for each of his lost friends. Darko thanks Niko as he dies, and Niko walks away feeling, as he later says to Roman, "empty". However, Roman, Bernie, and the United Liberty Paper Contact will congratulate Niko on finally getting his revenge, advising him to forget the past and focus on the present.

Darko's background is mostly unknown, but it is implied that, like Niko and most of Serbian teenagers, Darko witnessed many atrocities during the Yugoslav Wars, which led him to a sinister path.

Indeed, Darko is very self-centered and has no qualms about betraying his comrades in arms, even if this had catastrophic repercussions. This could mean that Darko had not friends and is not very sociable, perhaps he hated his own fellows or rather didn't care about them at all. He has no hobbies (aside drugging himself), and unlike many antagonists from Grand Theft Auto, is not motivated by greed or vengeance; instead, he rather appears as an amoral man. He is extremely pessimistic, and have no loved one's nor passions, or even life's goals. He is willing to do everything in order to get drugs, even if those made him weak and turned him into "a junkie", as Niko stated during their confrontation. Such nihilism led Darko to dark thoughts, and he wants Niko to end his miserable life, being thankful towards the player if the latter chooses to killed him. 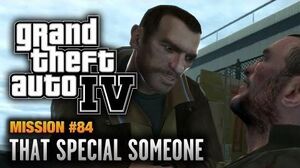