Villains Wiki
Register
Don't have an account?
Sign In
Advertisement
in: Articles under construction, Article stubs, Outdated Articles,
and 23 more

Arthur and the Invisibles

He was voiced by Jason Bateman in the first film (who also portrayed Trevor Olson in Central Intelligence), and Iggy Pop in the third film.

Darkos first appears at Max's bar when Arthur, Selenia and Betameche stops over. He then summons dozens of Seides to him and tries to capture the trio, but fails in doing so. He later catches Arthur and Betameche discussing about Arthur's marriange.

Later when Arthur destroys Necropolis using his new ball, Malthazard, abandons Darkos, leaving him to drown. What happens next is unknown, but it is certain that Darkos somehow survived the flood. 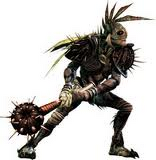 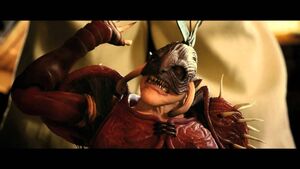