Darm is the main villain and final boss of Ys II: The Final Chapter and the prequel Ys Origin.

Darm was originally Cain Fact, one of the six priests of Ys who governed the Kingdom of Ys along with the two goddesses. As the priests misused the power of the Black Pearl, Cain slowly descended into darkness, seeking to obtain the power of Black Pearl for himself to rule the world. For this he allowed the Clan of Darkness to control demons to invade the land of Ys, which gets sent to the skies. Aware of the presence of a traitor among the priests, the two goddesses decide to descend into the Darm Tower to stop the Clan of Darkness. Cain Fact discovers this, and sends Yunica Tovah, Hugo Fact, and Toal Fact to the tower as a distraction. Dalles, the leader of the Clan of Darkness, retrieves the Black Pearl, but is confronted by Toal and loses. When he attempts to destroy the Black Pearl, Cain kills Dalles and reveals himself as the true mastermind of the events, fusing with the Black Pearl to become the demon lord Darm. He is confronted by his son Toal which defeats him, allowing the goddesses to seal him inside the Black Pearl.

700 years later, the seal is broken by Dark Fact, a descendant of the six priests. Darm resurrects Dalles and makes him his enforcer, ordering him to send the demons to terrorize Ys and kill all descendants of the six priests, also telling him to keep an eye on Adol, who had defeated Dark Fact and had been transported to Ys. Adol makes his way through the floating island and confronts Dalles on the center of the Solomon Temple, killing him and freeing the two goddesses from the spell Darm put on them. Adol fights Darm and kills him for good, as the island comes down to the ground. 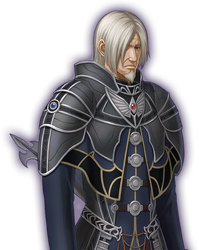 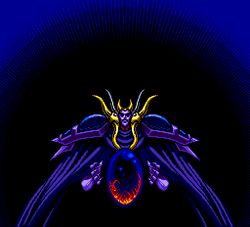 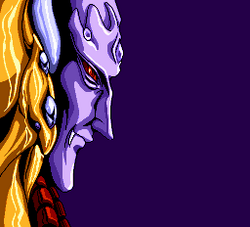 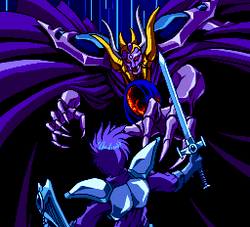 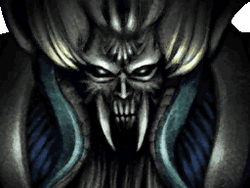 Darm in Legacy of Ys. 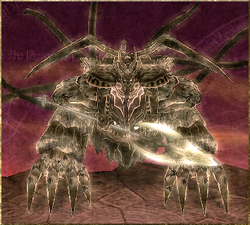 Darm in Ys Origin.
Add a photo to this gallery
Retrieved from "https://villains.fandom.com/wiki/Darm?oldid=3547316"
Community content is available under CC-BY-SA unless otherwise noted.