He was portrayed by Michael Ironside, who also played Overdog in the 1983 film Spacehunter: Adventures in the Forbidden Zone, Richter in the 1990 film Total Recall, General Katana in the 1991 film Highlander II: The Quickening, Dial in the 1993 film Free Willy, Colonel Dugan in the 1994 film The Next Karate Kid. Nolan Pierce in Walker, Texas Ranger, and Emperor Zanramon in the 2012 Teenage Mutant Ninja Turtles series, Lewis Snart in the CW TV series The Flash. He voiced Tyler in the 2000 animated sequel film Heavy Metal 2000. He also voiced Darkseid in the 2003 animated series Justice League / Justice League Unlimited. 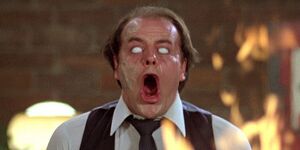 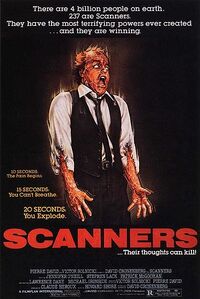 Darryl's power
Add a photo to this gallery

Retrieved from "https://villains.fandom.com/wiki/Darryl_Revok?oldid=3820066"
Community content is available under CC-BY-SA unless otherwise noted.