Awaken the Great Leviathan in order to destroy the Earth and recreate it (formerly).

Dartz is the main antagonist in season 4 of Yu-Gi-Oh! Duel Monsters, which is made up entirely of the anime-exclusive Waking The Dragons filler arc.

He lives in the ancient city of Atlantis while he was the legendary continent's former king and is the father of Kris and son of Ironheart.

Dartz was turned evil by the power of the Orichalcos, making him believe that mankind was evil. As a result, he served the Orichalcos' master, the Orichalcos God (also known as the Great Leviathan) and planned to awaken him by using Orichalcos cards to steal souls from victims to feed to him. The power of the Orichalcos kept him alive for over 10,000 years. He is the one who stolen Yugi's Egyptian God Cards. Disguising himself as Gozaburo Kaiba, he killed Alister's brother Mikey (in dub he captured Mikey), framed Valon by paying a gang to burn down the church that he lived in (in dubbed, he frame Valon with an unknown crime at when Valon was 9 years old) and caused a ship Rafael was on to crash into a typhoon, which killed Rafael's family (in the dub his family survived but forgot about him) and Mai Valentine and brainwashed her in her defeat by Valon, making them work for him.

He dueled Dark Yugi and Kaiba together and defeated Kaiba, but was defeated by Yami when his Divine serpent (whose attack power was infinity) was destroyed by the combined form of the three dragon cards (whose power was beyond infinity). He then offered his own soul to the Leviathan, but was released from his influence when the Leviathan was destroyed by Atem. After Yami drove the evil force out of Dartz, Dartz then returned below the sea with Atlantis, Kris and Ironheart to enter the afterlife.

He was voiced by Yū Emao in the Japanese version, and by Wayne Grayson who played Joey Wheeler in the English version.

Dartz has numerous supernatural abilities given to him by the dark magic of the Orichalcos. They include (but are not limited to) casting illusions, telekinesis, telepathy, creating powerful storms and materializing a sword out of nothing. Dartz can brainwash people from the darkness within their hearts by make his victims suffer from loss and despair.

Dartz's usual outfit consists of closed white and blue robes. His outfit also includes a foot-length cloak which trails behind him, padded shoulders, cuffed wrists, a raised collar and a stone bearing the symbol of the Orichalcos around his neck. He wears a fragment of the Orichalcos Stone in a chain on his forehead. His light blue hair features a two-locked fringe and trails to near knee length and is tied at waist length. Dartz originally had gold irises, but after being corrupted by the Orichalcos, he has heterochromic irises; his right iris is green and his left is gold. His right eye returned to its original gold color after he was defeated by Dark Yugi. During the final duel he wears a Chaos Duel Disk.

Before his brainwashed by an evil force, Dartz was once an honorable King of Atlantis, who is the one who attended his loving family in ten millennia ago,

When he was brainwashed by Orichalcos, Dartz turned into a selfish, misanthropic, delusional and power hungry madman. He attempt to steal souls from powerful duelists and feed them to the Orichalcos God to wipe out mankind, believing he is "saving" the world. He is also a manipulator when he manipulated Alister, Valon and Rafael as well as Mai with falsely details into doing his bidding.

Ironheart, the king of Atlantis, gave his throne to his son, Dartz. Soon, the stones of the Orichalcos began to expose the evil in people, turning those with darkness on the inside into monsters on the outside. Dartz witnessed his own wife Iore become a horrid, ugly beast who attacks him. Confused and frightened, Dartz consulted a stone of the Orichalcos for guidance. The Orichalcos granted Dartz great power and lent him soldiers to do his bidding. It told him to resurrect an ancient mystical beast known as the Orichalcos God, which would help him to destroy the world and create a new one that would be free of evil. Eventually, Dartz became corrupted and misguided.

Ironheart and Dartz's daughter Kris fled and called upon the world of Duel Monsters and its guardians, the three Legendary Dragons (which were, in actuality, three soldiers whom Dartz had transformed into dragons) for help against the corrupted Dartz. One day, an army of benevolent magical creatures—including the three dragons—led by Ironheart met with Dartz’s army of evil Orichalcos Soldiers and the Great Leviathan, and the Battle of Atlantis took place. The battle concluded with neither side being victorious. The three dragons were frozen in ice, and the magical creatures were sent back to their own world. The bestial soldiers of the Orichalcos were destroyed, and the Orichalcos God was sealed away from this world. The island of Atlantis sank beneath the sea.

Dartz was driven to revive the Great Leviathan to raze the world, so that he may reconstruct it in the image of glorious Atlantis. To do so, Dartz required human souls. He proceeded to wander the Earth for the next 10,000 years, presumably kept alive by the power of the Orichalcos, and knew he had found one of the powerful souls he required when he encountered the Pharaoh Atem in ancient Egypt, witnessing his control of the powers of darkness and his ability to command Duel Monsters. He also witnessed the Pharaoh, with Slifer the Sky Dragon pursuing Thief King Bakura and his Diabound. However, Dartz could not capture the Pharaoh's soul because Bakura was in his way. He therefore had to wait another 3000 years (5000 in the 4Kids version) to capture the pharaoh's soul.

It is unclear precisely when Dartz began to collect souls, but eventually, Dartz established a multinational conglomerate named Paradius, which became a well-known, yet mysterious force in the business world. But this was not the only organization Dartz had formed. He also controlled the Doma Organization (unnamed in the English version), a group formed to gather souls to feed the Great Leviathan by challenging unsuspecting players to games of Duel Monsters only to have their souls taken by the "Barrier of Orichalcos," a card he had suffused with the Orichalcos' power.

For ten thousand years, Dartz collected the souls of his adversaries and many innocents in order to ensure the return of the Orichalcos God into this world. With time, the number of souls Dartz had stolen stretched into the millions, thanks in part to his underlings.

Dartz's most recent underlings, Rafael, Valon and Alister, a trio of Duel Monsters players, had their lives manipulated by Dartz to make them feel only hatred, molding them to be ideal servants to his cause. He gave them each a small fragment of the Orichalcos, which can be used to break the "Seal of Orichalcos" from outside in case of emergency and gives them magical abilities that rival the Millennium Items. Dartz defeated and brainwashed Mai Valentine as his pawn.

Once aware of the fact that the Pharaoh had been reincarnated and his spirit revived in the present day, Dartz began his agenda to take his soul by freezing over the Tablet of Memories (thus preventing the Pharaoh from remembering his own past). Later, he ordered his minions to steal the Egyptian God Cards, using their power along with human souls to revitalize the Leviathan. Subsequently, Yugi Muto, Seto Kaiba and Katsuya Jonouchi released and joined forces with the Legendary Dragons as the souls of both them and their friends come under threat. Dartz's surviving family, Ironheart and Kris, would assist Atem in recovering his self-confidence and the trust of "Timaeus." Events gradually converge on a duel between Dark Yugi, Kaiba and Dartz, in which Dark Yugi claimed victory by releasing the power of the Legendary Dragons and returning them to their human forms. Yugi, Kaiba, and Jonouchi's souls are emancipated from the clutches of the Orichalcos God.

However, Dartz sacrificed his own soul, with his human body reduced to dust, to give the Orichalcos God enough power to fully resurrect and raise Atlantis once more with himself combined with the Great Beast. In the ensuing battle, Dark Yugi released the spirits of the Egyptian Gods from within the god and together they destroyed it, discharging all of the captive souls. However, a trace of its darkness remains, revealing the god's original form, along with Dartz's soul, which Dark Yugi is able to banish, releasing Dartz from the influence of the Orichalcos and allowing him to be reunited with the spirits of his family and enter the afterlife as Atlantis sank back beneath the sea. 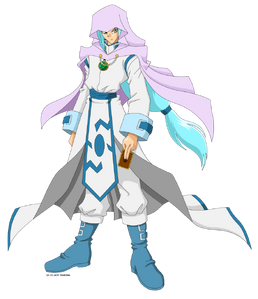 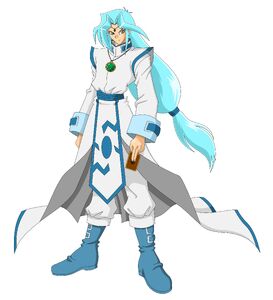 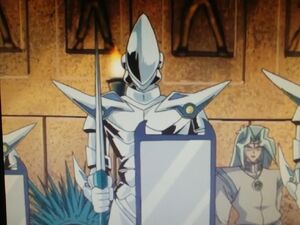