Controlling Grace's life.
Listening and dancing to music with his wife.

Keep Rich from being with Grace (formerly).

David Blood is the overall main antagonist in the E4 Drama Skins appearing as the secondary antagonist of the show's fourth season and the main antagonist of its fifth season. He was a corrupt and arrogant teacher and the principal at Roundview college from 2010 until 2012.

He was portrayed by Chris Addison, who also played Seb in Doctor Who.

David Blood was a cruel, callous, arrogant, dishonorable and corrupt man. However, he was able to hide this with his charming, eccentric, and outlandish nature as well as his social quirks. He was very controlling, egocentric, manipulative, and overprotective over his daughter Grace and was very condemnatory and disapproving over her boyfriend Rich thinking he was a bad influence and lower/not good enough for his daughter this caused him to threaten to send her to an All-Girls school just to ensure that she would be away from him, he almost accomplished this however he changed his mind at the very last second. After Grace was mortally injured in a car crash Blood's hated for Rich grew and he prevented him and all of Grace's friends from visiting her in hospital. After Grace's death Blood was distraught, overfilled with grief and in a state of depression causing him to resign from his position at Roundview college he also redeems himself at this point and his hatred for Rich and the others dissolves. In spite of his pretentious nature however Blood's plans usually had more people than just himself in mind as he often decided to do what he felt was best for the students and the college, something shown when he gives Effy Stonem fake exam results to say she passed everything with flying colours something which benefitted both of them as it meant that the college would retain its reputation making Blood happy and Effy would have decent results in spite of being hospitalized in the time of her exams.

Blood first appears in the first episode of season 4 in which he introduces himself to the students as the new principle of Roundview college, he later expels Thomas in this episode. His next appearance was in Episode 3 "Cook" where he approaches James Cook who had recently been arrested and charged with assault to expel him and asks him to leave the school when Cook doesn't cooperate Blood loses his temper with him and pepper sprays his eyes and orders the security team to escort him out. In his final appearance in the season, he rigs Elizabeth (Effy) Stonem's exam results due to her being unable to do most of her classes, him wanting to maintain a good standard of success at the college and attempting to save the college budget he convinces her to lie with fake results saying that she received 3 A results. Blood makes no later appearances in series 4.

Blood appears as the main antagonist of season 5, making more frequent appearances in this season. His most villainous acts come from this season when he blackmails Rich into doing badly in his and Grace's drama class forcing Grace to move away to an All-Girls school for failing or his other option is to stay away from Grace making Blood allow her to remain at the college. Blood decides to force her to switch schools anyway going back immediately on what he previously said. Blood becomes far more controlling of Grace by this point and in the series finale puts a tracking device on her which he concealed inside of a pin he gave her. This tracking device leads to Blood and his wife finding Grace, Rich and all of their friends in a church and Blood steps in to stop the wedding, however, Grace's friends and Rich of whom he considers corrupters manage to convince him otherwise, however, Blood refuses to take any part in the wedding.

Blood is horrified when Grace gets in a serious car injury whilst in Morocco with Rich and the rest of the gang, and refuses to allow any of them including Rich to visit her in hospital. Rich still determined to visit Grace makes several attempts to visit her but is constantly foiled by David and his security guards. After David transfers Grace to a hospital in Switzerland, Rich has a party in her house where he finds that Grace has actually returned and the two have sex. The next morning Rich awakens in Grace's bed with her nowhere to be found, he exits the house and gets a phone call from Grace telling him she has to go and which Rich asks where she simply tells him that he knows where. Rich then finds out that his phone was broken all along and that his visions of Grace weren't real. Rich enters the house again to see a depressed Blood sitting on the stairs, he informs Rich that there was no chance of Grace ever waking up and because of that he decided to take life support off of her. Blood begins sobbing ashamed of himself and worrying what his daughter would think of him if she were still alive. Rich comforts him and tells him that Grace would have felt that he did the right thing as her father. Blood makes no later appearances in the series. 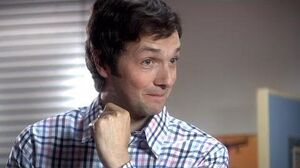 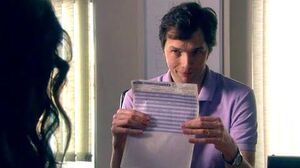 Retrieved from "https://villains.fandom.com/wiki/David_Blood?oldid=4140479"
Community content is available under CC-BY-SA unless otherwise noted.