Killing and manipulating people for fun.

Take care Caleb's family at any cost according to Caleb's wish even if it means to kill or harming people or their own friends.

Make sure that no one will ever capture him (both succeeded).

David Collins, also simply known by his first name David, is the villainous main protagonist of the 2014 action horror thriller film The Guest. He is a former US military soldier and a former test subject of a mysterious military experiment where he was programmed to kill anyone who may compromise his identity.

He was portrayed by Dan Stevens, who later portrayed Sir Lancelot in Night of the Museum: Secret of the Tomb, David Haller in Legion, the Beast in Beauty and the Beast, and Hal in the 2020 adaptation of The Call of the Wild.

David Collins posed as a guest of the Peterson family who mourned death of their son and brother Caleb. David claimed that he was Caleb's friend and comrade which healed Mrs. Peterson from grieving. She then agreed to help him but Caleb's sister Anna become suspicious on him. When Luke, Anna's brother returned home with a black eye because he was bullied by his classmates, David track the bullies and humiliated them in the bar. He seems attracted to Anna when he saved her friend from abusive boyfriend and he also trained Luke for some self-defense moves.

In the beginning of the movie, David introduces himself to Mrs. Peterson. He tells her that he was in the same military unit and that he and Caleb eventually became friends. After Mrs. Peterson tells him to come into her house, he tells her more things about Caleb. He told her that he promised him that he'd check on his family. He wanted David to tell his family, that he loved them all until death. After Mrs. Peterson returns from sobbing in her bathroom, she sees David standing in front of a picture which shows their military unit. The guy next to Caleb looks exactly like David.

David tells Mrs. Peterson more about Caleb and him when Anna, the daughter of the Petersons, comes in. Mrs. Peterson introduced Anna to David. Anna asks David where he will stay at night and Mrs. Peterson "orders" David to stay at their home for at least one more day because she wants to know more about him and Caleb.

David accepts and she shows him Caleb's old room where he will stay at night. She tells him if he needs something he can just call her. Mrs. Peterson leaves and David looks around and after that sits on his bed. The camera angle turns from the back of his head to his face. He looks psychotic and he looks like he is about to kill someone.

After Luke, the son of the Petersons, returns home after being thrown into a school locker by his bullies, David tells Luke that Caleb loved him until death too. Luke weirdly thanks David for that. In the background Mr. and Mrs. Peterson argue about David. Mr. Peterson tells Mrs. Peterson that it was a wrong decision from her to offer him to stay at night. Mrs. Peterson tells her husband that he is on the photo of Caleb's squad.

Mr. Peterson then asks her wife if she took into account that David may have Post Traumatic Stress Disorder (PTSD). Mrs. Peterson responds in asking Mr. Peterson what would be if Caleb came back different. The focus is back onto Luke and David and David says that Luke's parents argue because of him. Luke simply tells David that they argue a lot. David then inspects Luke and says that he looks like he had been hit. Luke tells David he got hit by a football in their P.E lesson. David doesn't believe him but tells Luke that something like this can happen anyways. Mr. Peterson comes into the scene and asks David if he would like a beer before dinner. David declines and states that he doesn't need anything. Mrs. Peterson then tells Luke that he should do his homework.

David is next seen with Luke, making homework with him. Even though Luke tries to explain math to David, he doesn't get it. Mr. Peterson then offers David a beer and this time he accepts and thanks him.

David talks with Spencer, the father of the Petersons, while drinking beer and talking about Spencer's work. Spencer tells David that he didn't get his promotion at work because of a new guy called "Alan". He states that Alan has a degree and he tells David that Laura is worried about Spencer. David tells Spencer that her wife respects him. Spencer asks what David is going to do tomorrow and David says that he will hop onto a bus and travel to Florida. Spencer denies that and tells David that he doesn't know where he is going and he should stay a few more days. David states that he can't impose on their hospitality anymore. Spencer then asks David if he sticks around until he knows what he want to do. David also states that he doesn't need much sleep.

The next day David picks up Luke from school and asks him who bullies him. After some hesitation Luke tells David. David follows the bullies into a local bar. Even though Luke refuses to go with him, he later enters the bar and joins David. The barkeeper then tells David he needs to see the ID of Luke in order to serve him. David asks if the bullies showed their IDs too. The barkeeper then just asks what they want to order. David orders a "Fireball" which contains cinnamon schnaps and tabasco sauce. He then orders a Coke for his "brother".

Later, the drinks for the bullies arrive and they are angry. The bully walks up to David and thanks him for the drink in which David answers "You're welcome". The bully then says that he doesn't want it and David can "have it". He then spills the drink in David's face .David whips his face clean and asks the bully if he would like "this one" (his Fireball) He then throws his fireball into the bullies eyes. Then he beats up the bullies. He then uses his knowledge of the law to convince the barkeeper to not call the police and gives him money for the damages.

Back at the house Laura is worried about Luke because he came back with a bloody nose. Laura then asks Anna to talk with her in the kitchen. Laura tells Anna to invite David to Kristen's party. Anna then asks David if he wants to go to the party with David this night. David states that it might be fun.

In the next scene Anna is seen knocking on the bathroom door because she wants to make herself ready for Kristen's birthday party. David walks out in nothing but a towel and Anna is overwhelmed.

They then enter the party with Anna telling David that she has a boyfriend and nobody knows about it, especially not her parents and she'd like to keep it that way. David tells her that it's none of his business anyways.

They are then seen smoking weed in the living room with Anna declining to smoke because of the "house guest". David then comes in with the barrels. Kristen is impressed and tells him to just put it in a corner. Craig then offers David the joint and David takes it and smokes. He then offers the joint to Anna who is shocked but takes it anyways.

In the next scene Anna and Zeke go to talk about something and David is seen talking with Kristen when her ex-boyfriend enters. He comes up to her and tells her that he tried to call her and then heard about the party. Kristen says that he is being rude because she is already talking with someone. Her ex then grabs her arm and tells her to come with him. David then removes his arm and is then being shoves by the ex. David just looks at him, grabs his head and smashes it into the nearby wall. He then angrily looks at the 2 friends of the ex and they just look scared. David then tells them to get him out. Kristen is impressed again and asks him if he wants to see the rest of the house. They are then seen in Kristen's bedroom making out.

After that, they go back into the party and back to Craig. After a little conversation, Craig tells David that he can get him anything he wants. David asks if Craig is able to get a gun. Craig asks why he wants one to which David responds that he is a soldier and that he likes guns.

Carver picks up Anna and informs her of her parents' death. He also reveals that David was a soldier who became one of the test subjects for a medical experiment in the military and, being a former test subject of the said military program, he was "programmed" to kill anyone who might compromise his identity. David kills Kristen, destroys the restaurant she works at, then heads for the school to kill Luke. Carver and Anna head for the school, and enter a haunted house set up for the Halloween dance. David announces his presence by turning off the lights and playing Anna's mix CD, then kills Luke's teacher and Carver. Anna shoots David with Carver's gun, but David stabs her in the leg and attempts to choke her. Luke stabs David with his own butterfly knife. As he seemingly dies, David tells Luke that he's proud of him and that Luke did the right thing.

Sitting in an ambulance, Anna and Luke overhear the firefighters talking about discovering two charred corpses with no teeth. Anna sees a firefighter limp out from within, who turns to face her. Much to her horror, it is revealed that the firefighter is David himself.

David Collins is nothing more or less than just a chaotic murderous mastermind who seeks to aid Caleb's family by taking care of them in his own ways even if means to kill or harm people. More than that, David was shown to be sort of an enigmatic individual, yet, it was revealed that he really a former fighter of the US Army. He also shows great affection for Luke, when he defended him from bullies at school and confronted the principal who wanted to expel him for fighting back against a homophobic assault. 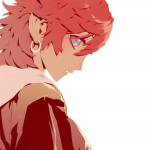