Speed
Stamina
High pain tolerance (most likely achieved through painkillers abuse)
Melee prowess
Firearms
Distorted vision of reality, which grants him the ability to see what others can't

Taking painkillers to satisfy his addiction.

Defeat his addiction (succeeded in Ending 4).

David Leatherhoff is the villain protagonist of the famous Half-Life mod Afraid of Monsters as well as its Director's Cut.

While David is portrayed as the game's protagonist who is simply defending himself from hordes of "Twitchers", it is revealed he's really been murdering hundreds of innocent people the whole time in his brutal drug overdose.

David is depicted as a young man addicted to drugs, and goes to a Markland Hospital to treat his addiction after receiving pills from a mysterious company. However, when washing up in the bathroom, David's obsession takes the better of him and tosses the sent pills down his throat. When he exits the bathroom, he finds that everyone has evacuated the building and the hospital is flooded with zombie-like creatures littering the halls. Armed with firearms and knives, David fights for his life, mowing down over 200 of hostile abominations.

Dependent on the player's actions, there can be five different endings to the game. However, they all reveal (except ending 4) that the pills David took in the bathroom made him hallucinate the creatures and he's really been a mass murderer killing doctors, patients, and other innocent people. 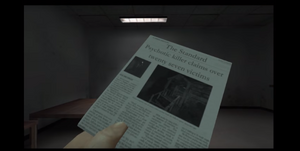 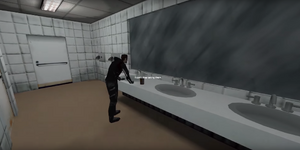 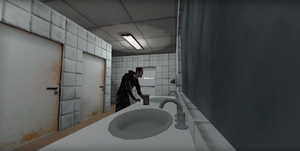 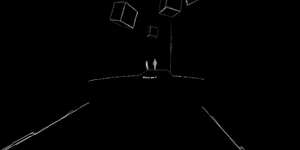 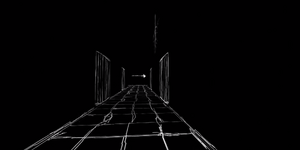 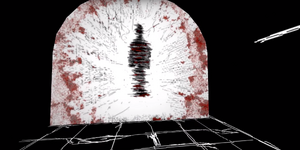 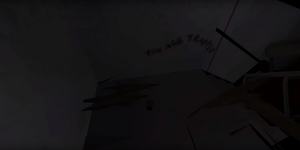 A message on the wall, probably left by The Addiction. 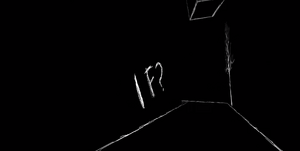 Another David's short phrase, which expresses his hope of redemption.
Add a photo to this gallery

Retrieved from "https://villains.fandom.com/wiki/David_Leatherhoff?oldid=3752266"
Community content is available under CC-BY-SA unless otherwise noted.