Kill anyone who he sees as an hindrance in his relationship with Nicole, especially Steven Walker (succeeded only with Gary Rohmer, otherwise failed).

Coerce Nicole into his hostage so he can have her as a perverted object forever (failed).

David McCall is the main antagonist of the 1996 psychological thriller film Fear. He is a psychopath who becomes obsessed with his girlfriend, Nicole Walker.

He was portrayed by Mark Wahlberg, who also played Daniel Lugo in Pain & Gain.

David is a narcissistic psychopath who doesn't care about anyone but himself. He has a Obsessive-Compulsive Disorder as he likes having Nicole for himself and doesn't like her hanging around other guys she likes and attacks anyone she's close to. David is a skilled master manipulator as he uses his charm and good-looks to trick Nicole into falling for him and using his friendly facade to trick others into trusting him for his own personal gain. He is extremely selfish, incredibly violent, petty, murderous and obsessive as he gets angry very easily over the smallest of things when he doesn't get his way and when someone crosses him or doesn't respect him. David doesn't love Nicole as a person and only cares about her beauty and body. He also doesn't care about Nicole's feelings and happiness and only his own. David's obsession and insanity increases after being rejected by Nicole and threatened by Steven and Gary too many times.

David and Nicole meet at a bar, and she is immediately taken with his charm and good looks. They begin dating, and Nicole falls in love with him; However, Nicole's father Steven dislikes him. One night, David sneaks into Nicole's room, and they have sex.

David begins showing his dark side soon afterward; when he sees Nicole hugging her friend Gary, he beats Gary up in a fit of jealous rage. Frightened, Nicole tells him to stop, but he shoves her to the ground and gives her a black eye. Nicole breaks up with David, saying she never wants to see him again.

Steven becomes suspicious of David and checks into his background, discovering that he has a lengthy criminal record and a history of violence. Steven orders David to leave Nicole alone, threatening to hurt him if he lays a hand on her again. As Steven leaves, David begins violently hitting his own chest. David later shows Nicole the bruises on his body, convincing her that Steven beat him up, and she takes him back.

One night, Nicole witnesses David forcing her friend Margo to have sex with him, but Nicole misinterprets it as a consensual act; nevertheless, she breaks up with him for good.

David once again responds to Nicole's rejection with violence - he threatens to kill Margo for telling on him, and trashes Steven's car, leaving him a taunting note. Finally, David chases Gary down and breaks his neck, killing him. David follows Nicole to a local mall and corners her in the women's bathroom, insisting that her family is trying to keep them apart. Frightened, Nicole tells Steven about the encounter, and he goes to David's house to confront him. There, he finds David's shrine to Nicole. Enraged, Steven destroys the shrine and trashes the house.

David retaliates by invading the Walkers' home, backed up by his four equally violent friends, and killing the family dog. They tie up Stephen and his wife Laura, Nicole's stepmother, while David orders them not to hurt Nicole. One of the boys nevertheless tries to rape Nicole, but David shoots and kills him in cold blood. David brings Steven to Nicole's room and tells him to say goodbye to her, the implication being that he is going to kill him. As David continues expressing his desire to take Nicole for himself, Laura frees Steven, who begins fighting David.

As David prepares to shoot Steven, Nicole stabs him in the back with the peace pipe that he won for her at a carnival; this moment causes David to finally realize that Nicole truly doesn't love him and attempts to attack her for stabbing him. Steven then resumes fighting David, who pushes him away and then angrily walks over to Nicole, still intending to take her by force once and for all, only for Steven to prevent him from doing so, and Steven eventually wins the fight by throwing David out the window to his death on the rocks below. 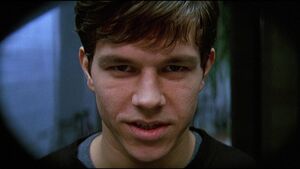 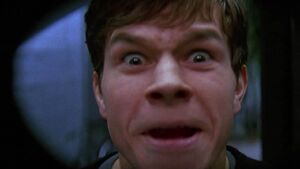 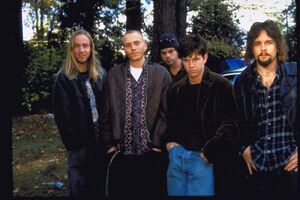 David and his gang. 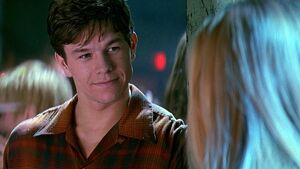 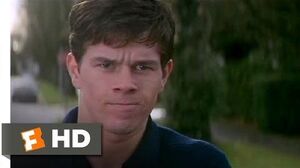 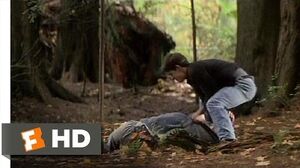 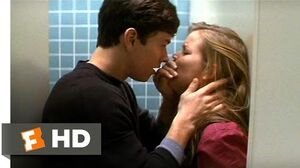 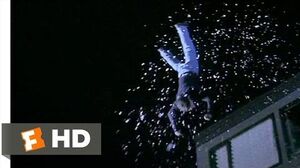