David Robert Jones is a villain from the TV show Fringe, serving as the main antagonist of the first season. He is a biochemist and former employee of William Bell and the Massive Dynamics corporation, a connection that wasn't revealed until the season one finale. Over the course of the first season, he is also proven to be the leader of ZFT, the organization responsible for most incidents investigated by the Fringe Division during season one.

He was portrayed by Jared Harris, who also portrayed Professor Moriarty in Sherlock Holmes: A Game of Shadows, Mac McGrath in Mr. Deeds, and Axel Bellman in The Shadow in the North.

First appearing in the series while incarcerated in a German prison in the episode "In Which We Meet Mr. Jones", Jones soon becomes the main antagonist of season 1. He is first shown whilst being contacted by Olivia, who is trying to find the antidote for a parasite in Agent Loeb's body. Jones agrees to help her, but only in exchange for the opportunity to ask an associate one question. The response is a coded message picked up by Loeb, who is secretly working for Jones.

Receiving Jones' message, Loeb is soon able to proceed in creating a teleportation device once designed by Walter Bishop, and successfully teleports Jones out of prison, freeing him.

In "Ability", Jones turned himself over to the FBI, in exchange for Walter's help with the life-threatening side-effects of his teleportation. He then presents Olivia with a test: to prevent a biological bomb from detonating by turning off a series of lights only using her mind. Eventually, Olivia is able to do this, thanks to Walter's and Bell's Cortexiphan experiments conducted on her when she was a child. Jones then disappears again, leaving only a cryptic message: "You Passed".

In the Season 1 finale, Jones' former relationship to William Bell is revealed, as is his goal of trying to escape to the parallel universe to confront Bell, whom Jones believes never saw his true potential. Everything done by Jones since his introduction in the series has been either to get in contact with Bell, or to prove himself worthy of Bell's approval.

He finally succeeds in opening a portal to the parallel universe, where Bell is located. However, the portal is dangerously unstable, threatening to cause severe harm to both universes, but Peter is able to close the portal in time for it not to result in any real disaster. Jones, being only halfway through the portal, is however cut in half and dies immediately.

In the Season 4 episode "Back to Where You've Never Been", David Robert Jones returns as a character in the alternate timeline created by Peter Bishop's deletion at the end of Season 3. With Peter's removal, Jones appears to have survived the portal crossing and is present in the alternate universe. He is revealed to be behind the "Human Shapeshifters" that are plaguing both universes and the alternate Broyles and Brandon appear to be under his control. 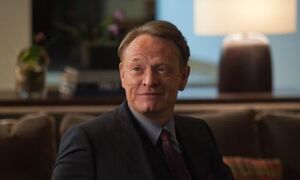 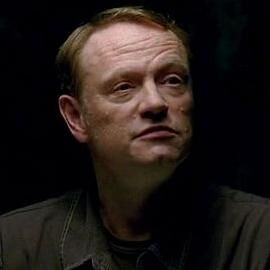 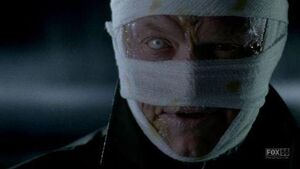 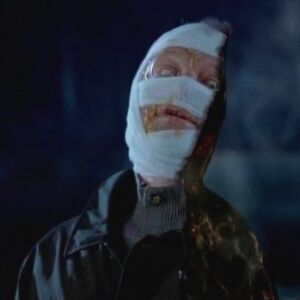