Davy Jones tries to prevent Snack Sparrow (Cookie Monster) from getting the cookie treasure. Davy Jones even put shapes puzzle, so that nobody can enter the cave, but Snack even solved it by following the map. As Snack went in the cave, Jones even put small animals to prevent anybody from getting the cookies and told him the what is different, but Snack also solved that. The parrot, which is one of the animals got the cookies away.

Davy Jones parodies Davy Jones from Pirates of the Carribean. They both have octopus face and they also both have a lobster claw as a hand. They both got a similar hat, since they are both pirate captains.

Davy Jones wanted to prevent anybody from getting the cookies, so he placed puzzles in the cave. 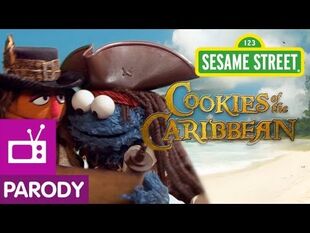