Become rich with help from the diamond.

Deacon is the main antagonist of the 1999 film Blue Streak. He is a master thief whose only purpose is to steal the diamond and have it for himself after killing his partners.

He was portrayed by Peter Greene, who also played Zed in Pulp Fiction, Dorian Tyrell in The Mask, D.J Wheeler in Black Cat Run and Tommy Bucks in Justified.

Deacon, Miles Logan, Eddie, and Tulley sneak into a Los Angeles building to steal a $17 million diamond. They are successful, but Deacon has other plans. Overcome with greed, Deacon does not want to share the fortune that they will get from the diamond, so he shoots Eddie and he falls off the building and then chases after Miles when he refuses to give him the diamond. The LAPD soon give chase to the thieves after one of the building security guards spotted Miles taking the diamond, and Deacon is able to escape capture, but fails to retrieve the diamond from Miles.

2 years later, Deacon finds out Miles is posing as a police detective after getting the details through Uncle Lou by interrogating him. He then finds Miles inside of a truck and takes the diamond from him, holding him and Tulley at gunpoint. However, the three are sent further into the warehouse where a drug deal is happening. The trio are subsequently held hostage by the dealers. Deacon surrenders his handgun to the henchmen when their leader Jean LaFleur confronts Miles. Thinking of a way to get him killed, Deacon tries to expose to LaFleur that Miles is a cop, but LaFleur comes up with an idea for Miles to prove to him he's not a cop by killing Deacon with his gun.

Miles shoots Deacon in the arm, but LaFleur wants him to shoot him dead. Nervously pointing the gun at his former partner, Deacon is inadvertently saved when the FBI and LAPD raid the warehouse, arresting and killing the drug dealers, including LaFleur. This allows Deacon to escape, and he does so by stealing one of the gang's armored trucks. The authorities give chase while Miles pursues Deacon from inside the truck. One of the LAPD officers Hardcastle, tries to slow down Deacon by ramming him, but Deacon knocks him off course, making him injure his arm.

The US/Mexico border patrol were expecting the truck to show up and they began to set up spike strips hoping to bring Deacon and the truck to a complete stop. However, even with the tires punctured, the truck was able to cross the border, with the LAPD and FBI ceasing further pursuit as it is out of their jurisdiction to go into Mexico. Miles jumped away from the truck after the tires were punctured, and did not give up chasing Deacon.

Commandeering a police car, Miles approached Deacon from the side and shot a smoke bomb into a hole, causing him to lose control of the truck. Putting on the brakes, the truck collided with the car and exploded. Deacon escaped from the flaming truck and Miles had had about enough and demanded the diamond from him, both thieves pointed their guns at each other. Miles was able to talk Deacon into giving him the diamond by convincing him a share in stake and a place in an American prison rather than one in Mexico. Deacon reluctantly gives him the diamond, promising he will come after him in the future, as Miles handcuffs his former partner to the van awaiting arrest. But Deacon is still not finished and tries to take Miles' life by pulling a backup gun from his pants. In a blink of an eye, Miles somehow saw this coming, and with only one bullet in the gun's chamber, shoots Deacon in the chest, killing him and avenging Eddie. 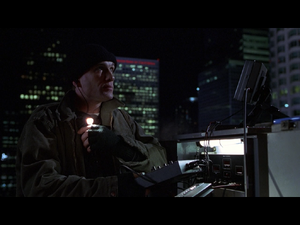 Deacon watches Miles and Eddie steal the diamond in the building from the monitor. 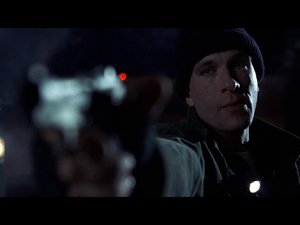 Deacon kills Eddie, having other plans. 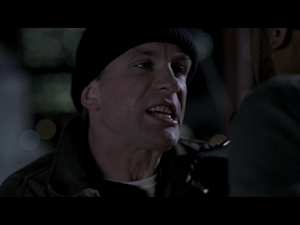 Miles discovers Deacon's betrayal and the two wrestle for the diamond. 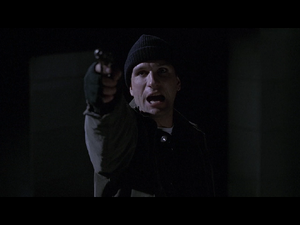 When the former escapes, Deacon tries shooting him but fails to do so. 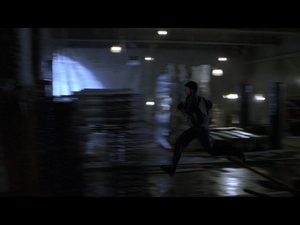 Attempting to take the diamond from Miles, the LAPD is hot on their trail and Deacon is forced to flee. 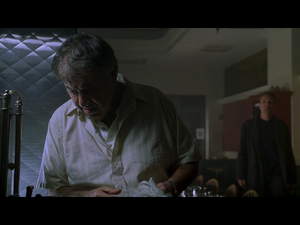 2 years later, Deacon finds Uncle Lou, who he believes knows where Miles is. 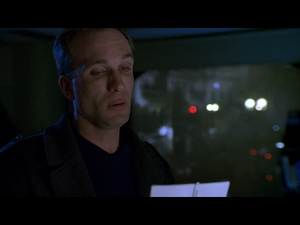 He discovers Miles is posing as a police detective named "Malone". Deacon is able to find Miles, along with Tulley, in a truck full of drugs and holds them at gunpoint. 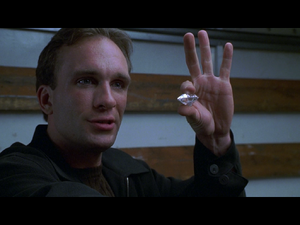 He takes the diamond from Miles and holds it in self-victory. 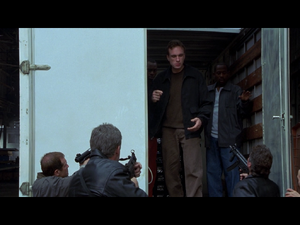 Deacon, Miles, and Tulley surrender to the drug dealers, led by Jean LaFleur. 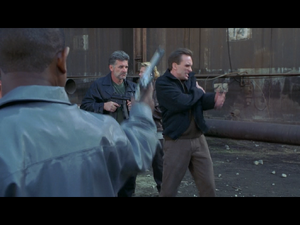 Deacon is shot in the arm by Miles. 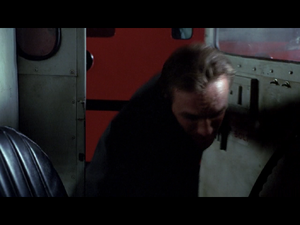 Deacon escapes the warehouse in one of the armored trucks after the FBI and LAPD raid it. 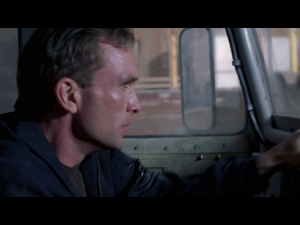 Deacon drives out of there and plans to flee to Mexico with the diamond. 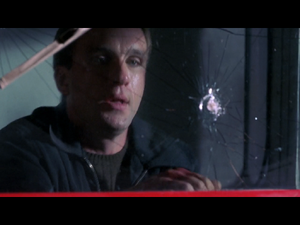 While being pursued by the authorities, Deacon is unaware of Miles being in the cargo area until much later. 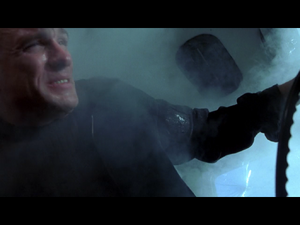 Miles pops a smoke bomb inside the truck, causing Deacon to lose control. 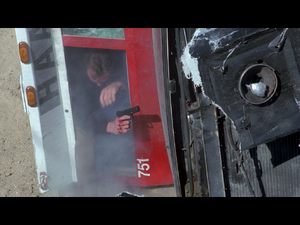 He makes it out of the truck and into Mexico, barely. 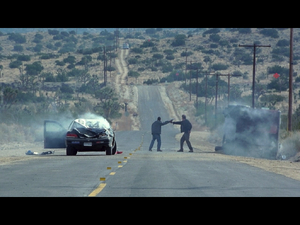 Miles confronts Deacon for the diamond. 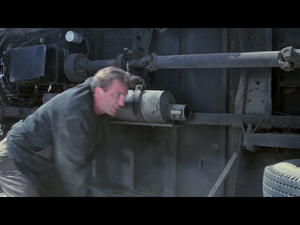 Miles cuffs him to the armored truck. 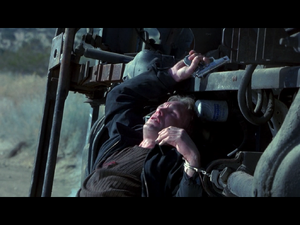