Each members possess various lethal military abilities unique to themselves

Obtain nuclear arsenals and use on The Patriots.

Dead Cell is an evil organization and the main antagonistic group in the 2001 videogame Metal Gear Solid 2: Sons of Liberty. The group was a former special Navy SEALs anti-terrorist unit established by U.S. President George Sears. Though it was an arm of the SEALs, the group answered directly to the President.

Dead Cell was first formed as a small government organization who would carry out surprise assaults on ally bases, such as embassies, consuls, and military installations, in order to provide antiterrorism training for the Navy SEALs and Marine Corps. One of the earliest recruits to join Dead Cell during its formation was Vamp.

After their original leader, Colonel Jackson, died in prison, while incarcerated on charges of corruption, the group's actions became more extreme. Under the leadership of Fortune, Jackson's widow, Dead Cell were blamed for the mass murder of civilians, though this had been orchestrated by the Patriots, the shadowy organization behind American politics. As a result, Dead Cell became a rogue unit.

The U.S. military became concerned by Dead Cell's activities, and on October 2008, they set in place a trap aimed at eliminating the group. Members Chinaman and Old Boy, were killed, leaving only Fortune, Fatman, and Vamp alive. Although Fortune and Vamp were devastated by the events, Fatman was unconcerned, as he felt free to become the "Emperor of Explosives." On April 29, 2009, the Patriots manipulated Dead Cell into joining Solidus Snake (former President Sears) and the Sons of Liberty terrorist group in the armed takeover of the Big Shell. Together they stole Arsenal Gear and its nuclear payload in order to seek revenge on the Patriots.

As part of the Patriots' S3 Plan, Dead Cell had been carefully chosen to carry out the "role" of FOXHOUND, in an elaborate recreation of the Shadow Moses Incident. Fatman appeared to betray the unit and attempt to destroy the Big Shell, ruining the Sons of Liberty's plans. In reality, he was working for the Patriots directly and had been assigned to test Raiden's progress: if the Big Shell was destroyed, the simulation would have ended. The Patriots dragged Peter Stillman into the situation in order to coax his former protege into the agreement. Fortune also had an electromagnetic device planted on her, which could deflect incoming bullets, in order to convince her that she was endowed with supernatural luck.

Following Arsenal Gear's destruction, the entire team had been wiped out, except for Vamp. When Vamp, the last remnant of Dead Cell, was killed by Raiden in 2014, the unit was completely eradicated. 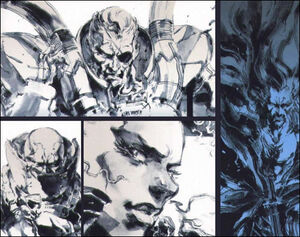 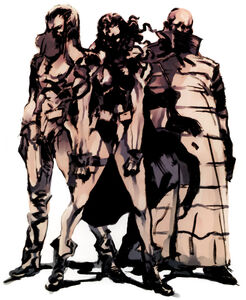 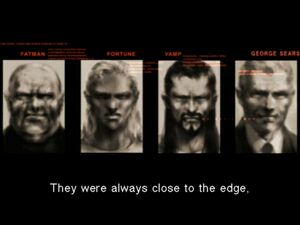 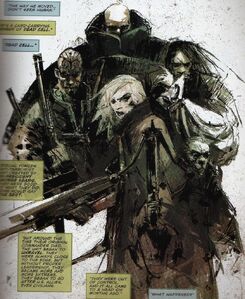 With Chinaman and Old Boy. 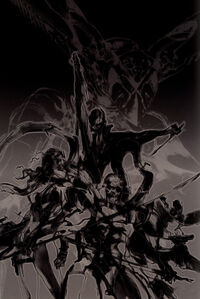