Jonah Kendry Payne, or better known as Dead Water, is a villain in DC Comics and is a villain to the superhero Aquaman. Dead Water is an aquatic virus-like symbiote which possesses people and turns them into an eel-like hybrid-creature. It takes over their minds, forcing the consciousness of its host to act as a "passenger" while Dead Water takes over. This is the fate which happened to marine engineer Jonah Payne, who was turned into the eel-creature.

Dead Water brings a list of powers to its host. These include superhuman strength and brute force, as well as agility and durability - it can even endure the impacts of low caliber fire arms. Due to the transformation into a monster, the host is also equipped with claws and fangs. Furthermore, as Dead Water Jonah is able to transport himself into any source of water he can exit out of, basically teleporting him around water sources. He is also capable of manipulating his own matter into water. When Dead Water is not in contact with water anymore, it turns back into its human form.

Out of Darkness arc

In the New 52 relaunch, Dead Water appears as the main antagonist of the story-arc Aquaman: Out of Darkness. Aquaman assisted the FBI who were investigating Dead Water, someone they thought to be a serial-killer. After finding out that Dead Water was Jonah Payne, a man who formerly worked for Scavenger (Peter Mortimer). He was sub-diver who used his sub to explore the ocean for Scavenger. However, his sub stranded and Payne killed his co-pilots Angstrom and Banks in order to survive. In order to escape, he was forced to swim back during a strange liquid, infesting him with the Dead Water symbiote.

As Dead Water, Payne was targeting people who had wronged him and Aquaman used the information to confront Scavenger. However, while he did so Dead Water suddenly appeared, Aquaman talked to it, not addressing Dead Water but Jonah Payne. He reminded him of his guilt by talking about Angstrom and Banks and for a moment, Jonah seemed to re-emerge from Dead Water, feeling guilty and ashamed about his actions. However, he snapped back into the Dead Water persona immediately, forcing Aquaman to ram his trident through his neck, killing Payne.

It is later revealed that Dead Water is a defense mechanism of Tethys, a sentient living water from another dimension. If a person gets too close to the interdenominational portal while having hostile feelings, it automatically transform that person into Dead Water. 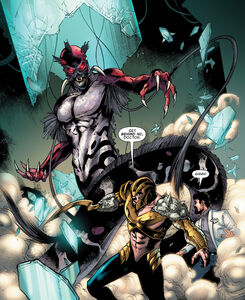 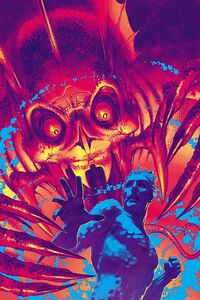 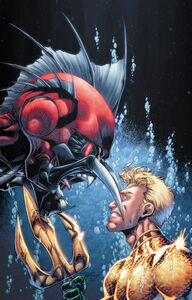 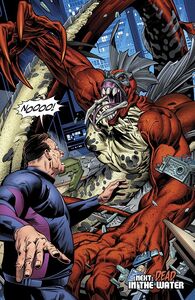 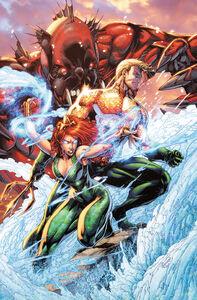 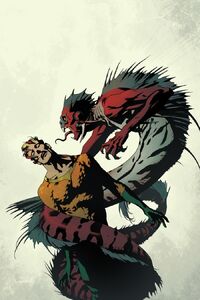 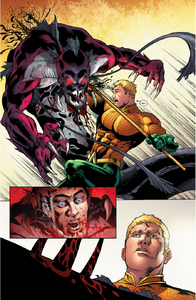