Dearth Nadir is a character from The Muppets franchise. He is a cosmic warlord played by Gonzo in Star Wars spoofs, and is an obvious parody of Star Wars villain Darth Vader. Gonzo, however, is conviced his disguise is a good one and that no one can recognize him.

He is played by Gonzo, who is voiced and puppeteered by Dave Goelz.

Dearth Nadir first appeared in "Episode 402" as the antagonist of that episode's "Pigs in Space" segment. He hijacks the spaceship Swinetrek with an army of chicken Stormtroopers, and commands them to peck the crew to death.

Dearth Nadir's next appearance was in "Episode 417", which was a full-blown Star Wars parody guest starring Mark Hamill in-character as Luke Skywalker, Anthony Daniels in-character as C3-PO, R2-D2, and the late Peter Mayhew in-character as Chewbacca crashing the show. Luke, C3-P0, and R2-D2 get ahold of the Swinetrek and try to use it to find Chewbacca, much to the dismay of the pig crew. However, the ship is attacked by Dearth Nadir, and crash lands on the planet of Koozebane. Dearth Nadir confronts them and disables their weapons, and summons Angus McGonagle the gargling argyle gargoyle to destroy them. However, Chewbacca arrives, and the crew are able to fight Dearth Nadir off with a song-and-dance number.

Gonzo would reprise the role of Dearth Nadir/Darth Vader in several projects afterwards, including the Summer 1983 issue of Muppet Magazine, the 1985 Muppet Babies comic book The Big Space Adventure under the name "King Nonzo of Onzo", and in a fantasy in the book Tales of a Sixth-Grade Muppet.

Gonzo would later dress as Vader again in Star Wars-themed Disney promotional material, theme park attractions, and merchandise including pins, shirts, and even a PVC figure. 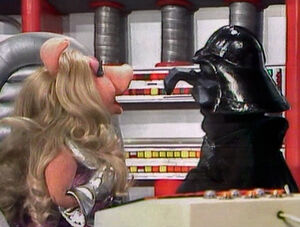 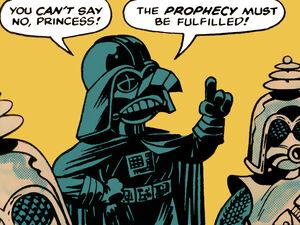 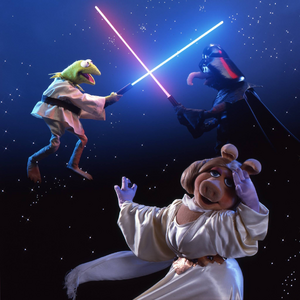 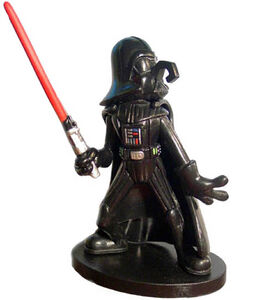 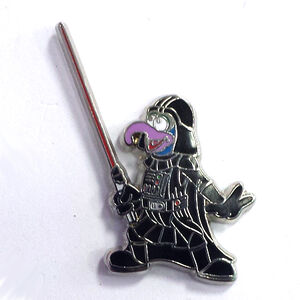 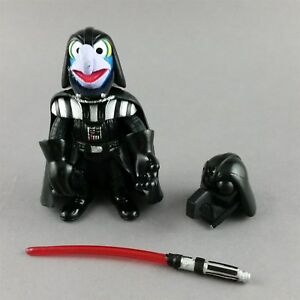 Figure
Add a photo to this gallery

Retrieved from "https://villains.fandom.com/wiki/Dearth_Nadir?oldid=3324983"
Community content is available under CC-BY-SA unless otherwise noted.