The Grim Reaper
The Figure

Kill any who avoid death.

Death, also known as "The Figure" and the "Grim Reaper", is the main antagonist of the story "The Tale of the Three Brothers" in the Harry Potter franchise.

According to the story, he is the literal embodiment of death and the creator of the Deathly Hallows.

"The Tale of the Three Brothers"

The in-universe story "The Tale of the Three Brothers" tells of the titular Peverell brothers, three powerful wizards who roamed the countryside until, one day, they happened upon a treacherous river, where they simply used their magic to form a bridge in order to cross. Before they could cross, a figure stood in their path: Death himself. Death was outraged that the brothers would not die in the river like all others who had come upon it, and felt cheated of new souls.

However, Death feigned kindness and pretended to congratulate the brothers, offering them rewards for outsmarting him. The first brother Antioch Peverell asked for a wand more powerful than any other, so Death fashioned one out of the branch of a nearby elder tree. The second brother, Cadmus Peverell, looking to humiliate Death further, asked for the means to bring back people from the dead, so Death took a stone from the river and gave it to him. The third and most humble brother, Ignotus Peverell, asked for the means to leave without being followed by Death, so Death gave him a piece of his own cloak to render him invisible.

Not long after the encounter, Antioch Peverell went to a town and used the Elder Wand to kill another wizard that he once quarreled with, showing off the power of his wand for all to see. However, that night, a thief stole the wand and slit Antioch's throat in his sleep, allowing Death to claim one of his previously escaped victims.

Cadmus Peverell used his Ressurrection Stone to bring his lost love back to life. Though they were happy at first, his lover fell sad and ill, for she did not belong in the world of the living. Cadmus, filled with grief and loss over the limits of the Stone, hung himself and returned as Death's victim.

However, years went by and Death was never able to find or take revenge on Ignotus, who used the Cloak of Invisibility to hide from Death's eyes. When he was of old age, Ignotus revealed himself and passed the Cloak to his son, then greeted Death as an old friend and departed the world of the living on his terms as opposed to Death's.

Long after the "Tale of the Three Brothers", the Deathly Hallows would return, as the Elder Wand would be searched for by Lord Voldemort, the Resurrection Stone would fall into the hands of Severus Snape, and the Cloak of Invisibility would be passed down to Harry Potter from his father.

It is also assumed that Death is indirectly responsible for the deaths that occur in the series or, at the very least, collected the souls after their passing.

Death is very cunning, manipulative and tricky. He will do anything to reclaim what he believes he has lost, and feels cheated when someone finds away around dying. He is determined and near obsessive with reclaiming his victims, and is wrathful and angry when they trick or elude him. 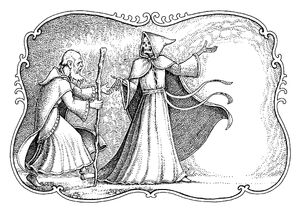 Death as he appears in the books. 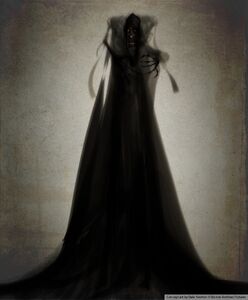 Death as he appears in the films. 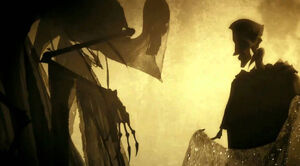 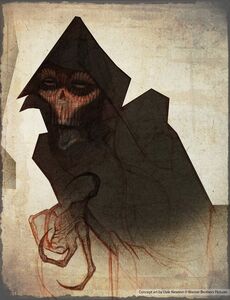 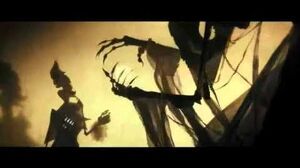 The Tale of the Three Brothers (HD)