House of The Dead

Club made from flesh and skulls

Death (codenamed: Type 0011) is a huge brutish zombie and a boss in the game The House of the Dead 3.

Death is a very large mutation that wields a club made from several human skulls. He wears a security guard's hat and a tattered shirt and is tasked with the job of defending the building's entrance as well as one of it's key areas.

Death who was the one-man security of the abandoned DBR Corporation headquarters, is first seen in the first main level (after the prologue), where he burst from out of the ground and chases after Lisa Rogan and G into the main building whilst trying to smash them to death with his club. They managed to fend him off and stun him by continuously shooting him in the head, eventually injuring him enough to give them time to escape. The pair dive into a lift just before Death manages to reach them (leaving a huge dent in the doors when they close on him) and quickly travel to a different floor.

The club-wielding juggernaut returns later on as Lisa and G enter the West Wing. Lisa accidentally triggers an alarm and alerts Death nearby, who pursues them once again through a number of lengthy corridors filled with Zombies. The agents continue to damage Death several times in the level before escaping from him, gradually losing the giant as they run into separate rooms. Death finds them again and resumes attacking, but the pair manage to escape yet again as they continue deeper into the building. However, the boss eventually finds them and traps them in a long corridor, preparing to finish them off once and for all. After Lisa and G fire their last shots into his face, Death finally dies of his injuries and collapses. 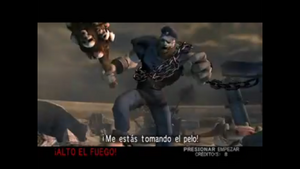 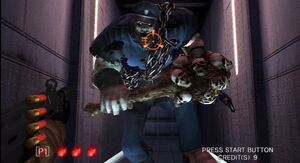 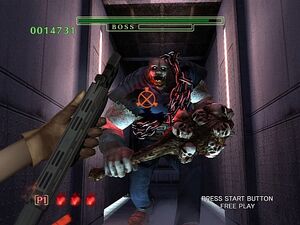 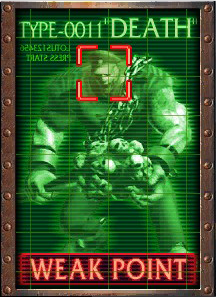 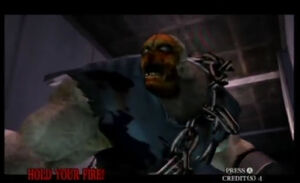 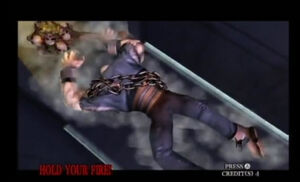 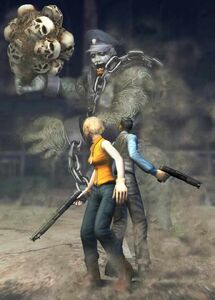 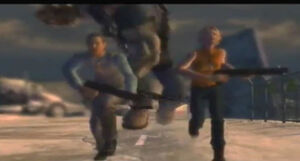 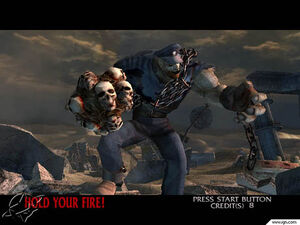 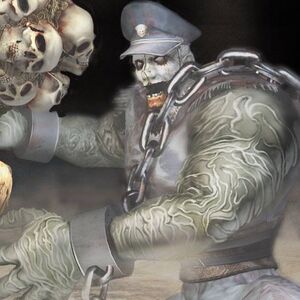 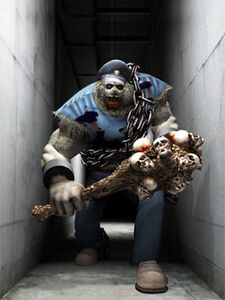 Retrieved from "https://villains.fandom.com/wiki/Death_(House_of_the_Dead)?oldid=3359228"
Community content is available under CC-BY-SA unless otherwise noted.