Use Earth as the 100 planet for their "Blood Game" (failed).

The Deathgalien are a gang of alien criminals who destroy planets for their "Blood Game" and the main antagonists of Doubutsu Sentai Zyuohger. They have previously destroyed 99 planets and seek to make Earth their 100th target.

The Deathgalien staged their "Blood Game" on 99 planets, resulting in the destruction of all of them. They eventually selected Earth as the 100th planet for their game. Jagged led the initial incursion down to Earth but was destroyed by the Zyuohgers.

The Deathgalien at one point kidnapped the human Misao Mondo and converted him into Zyuoh TheWorld to serve as an extra player in their blood game, but he soon defected over to the Zyuohgers.

When the Megabeast Hunter Bangray came to Earth Ginis attempted to recruit him into the Deathgalien, but Bangray refused and was later destroyed by the Zyuohgers. Following Bangray's death, the Deathgalien resumed their attacks against Earth.

Quval later rebelled against Ginis as revenge for Ginis destroying his planet in the past, allying with the Zyuohgers and creating several clones of past players to back him up, but they were all defeated by Ginis in his super form, Shin Ginis.

Deciding that the only way to keep Ginis from destroying him was to destroy Earth and kill everyone on it, Quval turned against the Zyuohgers, but was destroyed by them.

The Deathgalien lost yet another Team Leader when Azald reassumed his true form, Azald Legacy, and left the Deathgalien, only to be destroyed by the Zyuohgers when he attacked the Earth himself.

With all of the Team Leaders dead, Ginis and Naria were left as the only remaining members of the Deathgalien. However, Ginis later killed Naria after she found out his secret (that he was really made up of clustered Moeba) despite Naria vowing to continue serving him.

In Zyuohger V cinema, it is revealed that a handful of Deathglaien outlaws/players who did not participate 'game' on Earth survived. And they are, like any Deathgalien members would, indulging in their wantonly destructive rampages across universe, indicating that the universe of Zyuohger is not at all peaceful. 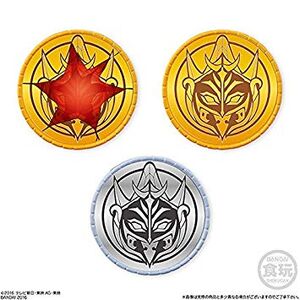