Taking care of his daughter

Slade Wilson, also known as Deathstroke, is a minor antagonist in the DC Super Hero Girls animated series, appearing in the episode "Dinner for Five". He is a mercenary hired by an unknown Gotham villain to kill Jim Gordon, and the only thing standing in his way is the former comissioner's daughter, Batgirl.

He was voiced by D.C. Douglas, who also voiced Yoshikage Kira in Jojo's Bizarre Adventure, Azrael in BlazBlue, Gharnef in the Fire Emblem franchise and Albert Wesker in Resident Evil.

Slade Wilson is a calm, overly sarcastic individual. Not only this version of Deathstroke is a ruthless assassin, but he is also an overprotective father. He met Barbara Gordon just for a couple of minutes and immediately came to the conclusion she's a terrible influence for Rose. His sense of morality is quite dubious, since he has no qualms with killing children. It's possible that he has some difficulty separating his work from his personal life, as his daughter already told him to stop trying to assassinate her friends. 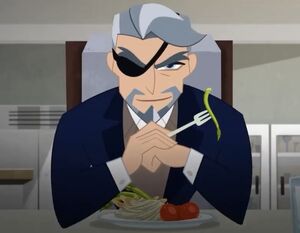 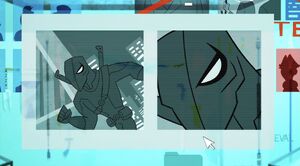 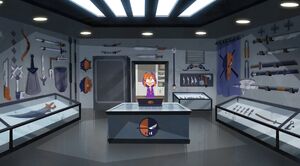