Gardening.
Playing with dolls.
Chasing Fiona around the Belli Castle.

Catch Fiona (formerly, in Ending A).

Debilitas is a major antagonist (in Ending A) in the 2005 survival horror videogame Haunting Ground. He is the first stalker to appear in the game, despite his position as an antagonist, he is arguably by no means evil or malevolent.

He is mentally disabled, hulking, grotesque-looking hunchback who works as Belli Castle's gardener and handyman. Despite his appearance of massive strength, he has the mental capacity of approximately a young child, and is prone to outbursts. He can only understand simple language, and is only heard speaking short, garbled phrases: "My dolly", "Where is you!" and the rarely heard "My little poogly pie!", "Good Night!", and "me mad!" (shows if you hide at the evasion point after you push the bookcase on Debilitas). He plays with dolls, and believes that Fiona Belli is also a doll for him to play with, thus he is compelled to pursue her. Debilitas is persistent and powerful but can be easily outwitted by Fiona. He can easily kill Fiona by crushing her in a massive bear-hug and can beat her to death if she's fallen in panic.

Debilitas surprises Fiona in the kitchen.

Debilitas surprises Fiona in the kitchen.

Debilitas finds Fiona hiding under a bench and gives chase. 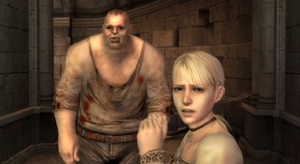 Debilitas is halted by Riccardo. 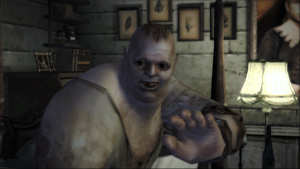 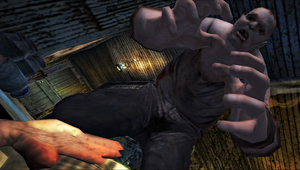 Debilitas worried about his doll. 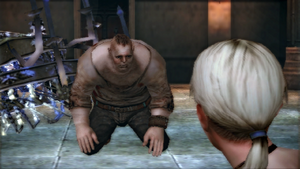 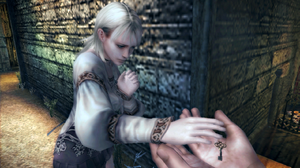 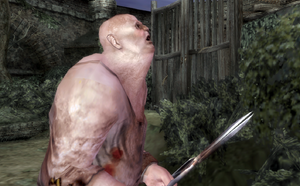 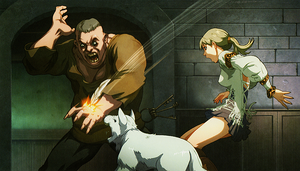 Debilitas' cameo in Tatsunoko vs. Capcom. 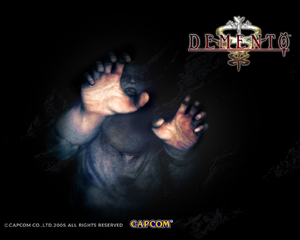 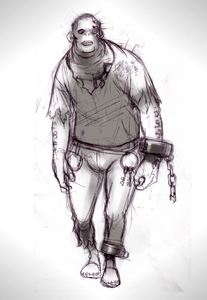 Concept Art.
Add a photo to this gallery

Retrieved from "https://villains.fandom.com/wiki/Debilitas?oldid=3964099"
Community content is available under CC-BY-SA unless otherwise noted.