Debo Royaroya daring Kyoryuzin Stegochi-Zakutor to hit him and then after being struck. Also his final words.Come on then! Lockup! Lockup!!

Debo Royaroya is a Debo Monster themed after a prison created to serve Dogold and an antagonist in episode 3 of 2013 TV series called Zyuden Sentai Kyoryuger.

Debo Royaroya was tasked with making humans angry. He targeted martial artists and athletes before targeting the Rippukan family. He later managed to capture Souji's father, with King following suit, but both were free from their containment thanks to a resolved Souji.

Able to use his Chain Roya to capture humans. 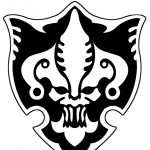 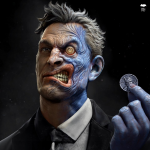