Decapitron is one of the puppets featured near the end of both Puppet Master 4 and 5.

Its appearance is modeled after Andre Toulon's outfit from Puppet Master III: Toulon's Revenge. It wears a brown jacket with a black undershirt, a black belt, and black gloves. It's regular head has indented eyes and nose, and the base of its head seems to resemble the base of a light bulb. Its name seems to reflect the fact he has interchangeable heads, when taking them off would make him decapitate himself.

Not much is known about Decapitron's background, other than the fact he was an unfinished puppet Andre Toulon worked on while he was alive. Decapitron's height and weight are also not revealed in the films as well. Decapitron has the soul of Andre Toulon, the namesake and creator of the puppets in the "Puppet Master" franchise. Unlike the other puppet creations of Andre Toulon's, Decapitron cannot be activated by having the formula injected directly through a needle. Rather, it has to be activated by the formula combined with an electric current. 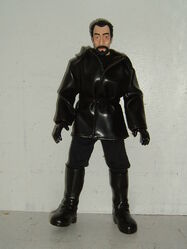 Decapitron in a human head 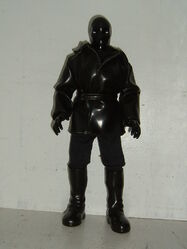 Decapitron in his Humanoid Head 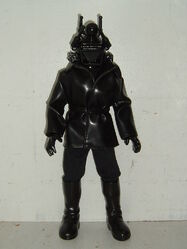 Decapitron in his War Head 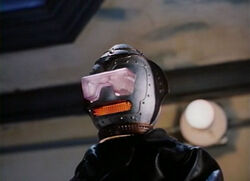 Decapitron in his Surveillance Head