The Shadow over Innsmouth

The Deep Ones, also known as Merrow, are arguably one of Lovecraft's most iconic monsters next to the legendary Cthulhu and have inspired innumerable parodies, rip-offs and homages in almost all forms of media imaginable.

They are semiaquatic beasts under the command of Dagon and Mother Hydra, two ancient, oldest Deep Ones and lesser Elder-Things who are also worshiped by the dangerous religious cult known as the Esoteric Order of Dagon, and their sinister worship of the Great Old Ones often puts them at odds with humanity: however, these devious and manipulative creatures have a liking of interbreeding with humanity to produce monstrous offspring that will grow more and more alien as they grow older until eventually they return to the ocean to be with their own kind.

Through millennia humanity had advanced so much in terms of civilization that they can match Deep Ones in terms of firepower on even terms. So rather than confronting humanity outright, Deep Ones decided to conquer humanity with more subtle approach: infiltrating into human society and create hybrid races who would in time become Deep Ones themselves and overrun humanity's population. And Innsmouth, was merely Deep Ones' stepping stone of their expansionist plot.

Their plan seemed to be foiled by Robert Olmstead as he revealed the location of the Deep One city Y'ha-nthlei to the government in which the US Navy sent submarines to torpedo the place but failed to destroy it entirely. However, it was at least gave the human the awareness of the Deep Ones to combat them in the long term.

Deep Ones are described as either a hybrid of man and fish or man and frog, regardless of their traits all depictions show them as followers of the Great Old Ones and they obey the whims of their king and queen without question (some sources have Dagon and Mother Hydra as lesser gods, others simply have them as powerful Deep Ones). Despite being primarily marine creatures, they can come to the surface, and can survive on land for extended periods of time.

All Deep Ones are immortal; none of them die except by accident or violence. They are said to serve the beings known as Father Dagon and Mother Hydra, as well as Cthulhu. They are opposed by mysterious beings known as the Old Gods, whose powerful magic can keep them in check. This detail is one of the vestigial hints that August Derleth developed as the mostly unnamed Elder Gods.

The Deep Ones play an important role as antagonists in the Call Of Cthulhu roleplaying universe as well as videogames and literature based on this subgenre of Lovecraftian horror, such as the videogame "Call of Cthulhu: Dark Corners of the Earth", where both the Deep Ones and their human cultist worshippers including the "Innsmouth Citizens" within the town of Innsmotuh are the main antagonists.

The are a gang of minor antagonists from the Lovecraftian videogame Call of Cthulhu: Dark Corners of The World, and as their name implies, are the citizens of the eerie town of Innsmouth. Like many of their fellow inhabitants of Innsmouth, they are allied with the Order of Dagon and may also be either Deep Ones in disguise or hybrid human/Deep One spawn. 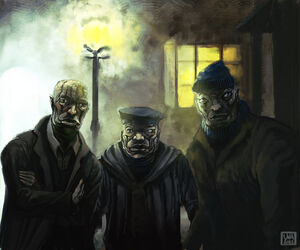 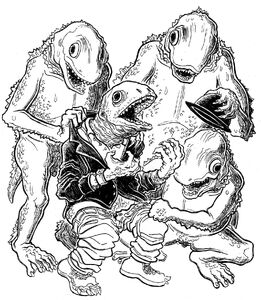 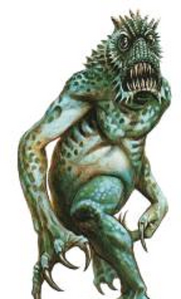 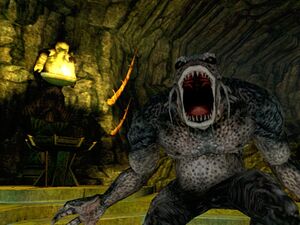 A Deep One in Call of Cthulhu: Dark Corners of the Earth. 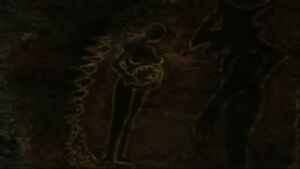 Cave painting of a Deep One and female human in Call of the Cthulhu: Dark Corners of the Earth 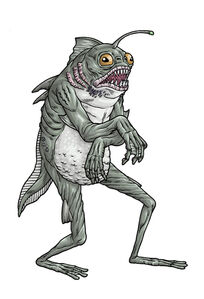 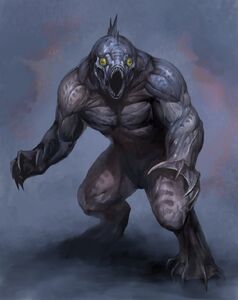 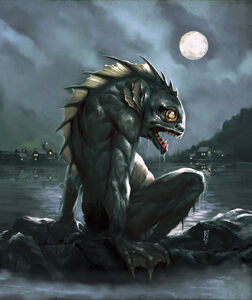 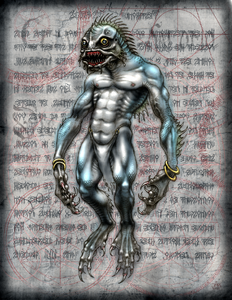 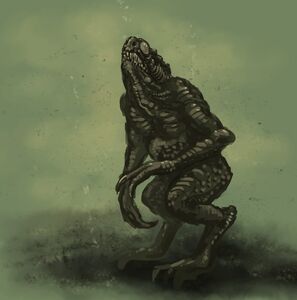 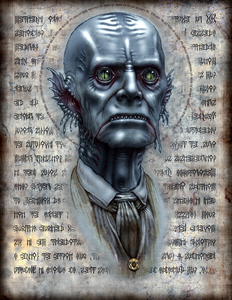 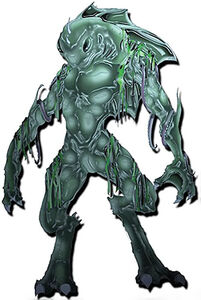 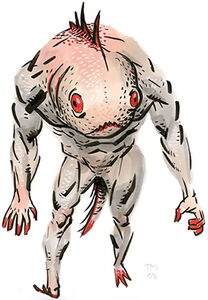 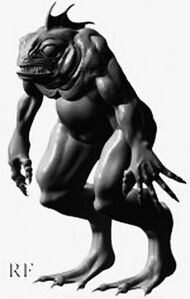 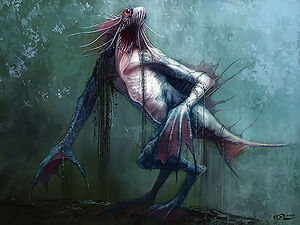 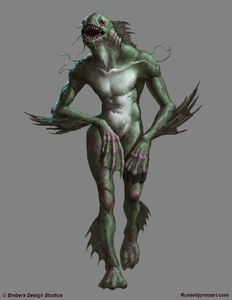 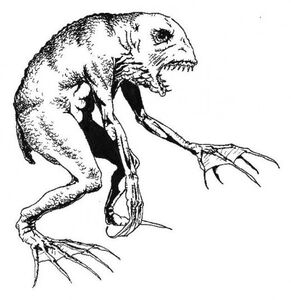 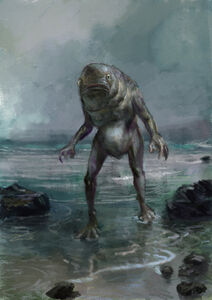 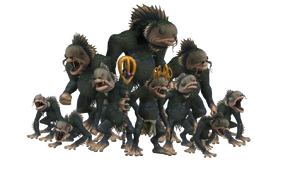 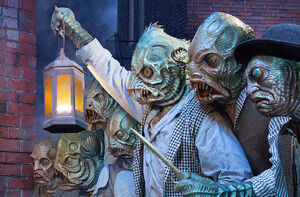 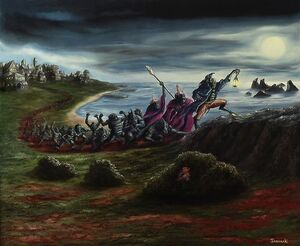 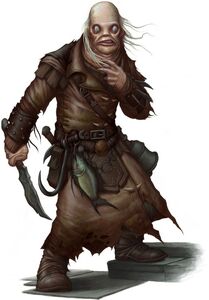 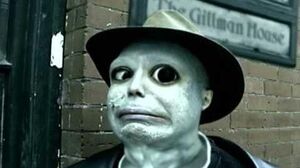 Fishmen
Add a photo to this gallery

Retrieved from "https://villains.fandom.com/wiki/Deep_Ones?oldid=4216607"
Community content is available under CC-BY-SA unless otherwise noted.