Marrying women for their money.

Marry his ex-wives for their money (succeeded).

Marry Kate to get her money which he will use to help the Latimores turn the local orphanage into a strip club named "Nipplopolis" (failed).

Deion Hughes is the central antagonist of Norbit. He is a sneaky, slick-talking businessman and a greedy golddigger who marries women for their money.

He was portrayed by Cuba Gooding Jr. in his first villainous role.

Norbit first met Deion Hughes when Kate Thomas, his old childhood sweetheart, introduces him to Deion Hughes who was her fiancé. Norbit was disappointed.

Later that day at a town fair, Deion was there and yet to Norbit's suspicion, was talking to a woman on his cellphone behind Kate's back but he couldn't prove it. Rasputia finds out about this, and threatens violence against Kate should Norbit speak to her again.

Norbit discovers that the Latimore brothers have orchestrated a plot to purchase Kate and Norbit's former orphanage to open up a strip club called Nippopolis: since Deion is to be married to Kate, he will have possession of the property, and he gets a share of the money once the strip club opens. When Kate finds out about the deal, Deion convinces her that Norbit only used her to help the Latimores. When she confronts him after he is locked in the basement by a vengeful Rasputia, Norbit lies to Kate to save her from Rasputia. In a fit of rage, Kate leaves Norbit to marry Deion.

Norbit escapes from the basement guarded by Blue, one of Rasputia's 3 brothers, and races to the church where Deion and Kate are to be married. Norbit reveals to everyone that Deion has gotten rich off of divorce settlements, and only marries women for their money; he proves this by presenting Deion's ex-wives and their children in person. It was shown that he had told, from the first to the last ex-wife, lies about himself, such as that his names were Antoine and Luther, and that he was gay, respectively. When that was shown, he claimed they had him confused with "his gay brother Antoine Luther", but his ex-wives are going to beat him up for cheating on them. When his plan is backfired, Deion runs away from his ex-wives.

It's unknown what happened to Deion with his ex-wives chasing him whether he got beaten by his ex-wives in a pursuit, or he eventually left town and isn't seen or heard ever again. 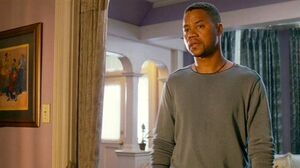 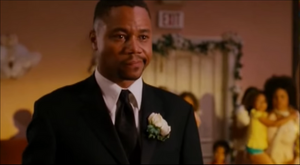 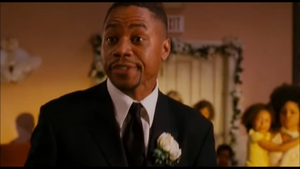 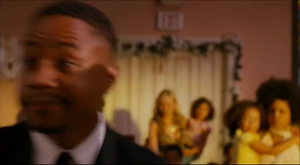