They are formed and led by General Shadow from the various Majin that traveled to Earth from the Demon World. Their members are all themed after various mythological monsters and military ranks.

After leaving Black Satan, General Shadow sought to form his own group to fight Stronger. Gathering together Majin, the descendants of ancient demons who had terrorized humanity in the past, General Shadow founded Delza Army, and promised leadership of the group to whoever could defeat Stronger.

After the defeat of the Delza Majin First Team, Shadow lost leadership of Delza after he was overthrown by Marshal Machine and his two followers, Armored Knight and Commander Jishaku. The last of the Delza Army was destroyed in the climactic final battle between the 7 Legendary Kamen Riders and the Great Boss of Delza Army.

Each Delza Majin has command of their own set of Delza Army Corps with their own personal stylized emblem emblazoned on them. Though the overall leader of the organization, General Shadow generally doesn't involve himself in the plans of his subordinates, and promises that leadership will be given to whoever can defeat Stronger. As a result, the members of the Delza Army often oppose each other just as much as they oppose Stronger.

The footsoldiers of the Delza Army, each having on their face the emblem of their respective commander. 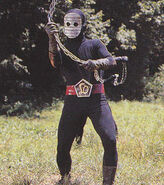 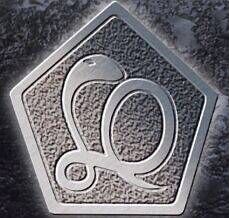 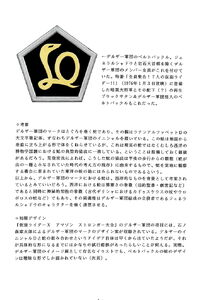 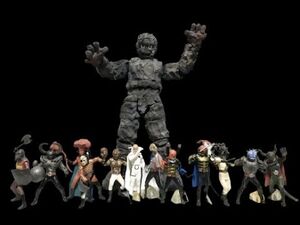