PicoDevimon (in the Japanese version)

To help his master Myotismon find the 8th Digidestined and destroy her (in Digimon Adventure 01), (along with Vilemon) help Tasuke be the richest man in the world (in Digimon Data Squad).

DemiDevimon, also called PicoDevimon in Japanese version, is an evil Digimon in the Digimon anime. He also serves as one of the major antagonists in Digimon Adventure, and also a minor antagonist in Digimon Data Squad.

He was voiced by Kōki Miyata in the Japanese version, and by Derek Stephen Prince in the English dubbed version.

DemiDevimon is a Rookie Level Digimon that resembles a masked bat with crow's feet, and a skull on his mask.

DemiDevimon is a flunky that works for Myotismon.

The next episode, DemiDevimon tricks Joe, Gomamon, Matt and Gabumon to work endlessly at a restaurant owned by Digitamamon and Vegiemon (due to Joe not paying Vegiemon for the food he ate because he had real money and not DigiDollars). DemiDevimon is responsible for wrecking the dishes and giving Matt and Joe more weeks to work. Tai, T.K., Agumon and Patamon arrived suddenly to save them. Together, they defeated Digitamamon and Vegiemon, forcing DemiDevimon to retreat. Angered at DemiDevimon’s failure, Myotismon punishes him.

Later on, DemiDevimon lures Izzy and Tentomon with sludge signs, causing them to fall into a pit and enter Vademon’s pocket dimension, where Vademon tricks Izzy into giving up his curiosity and tag and crest. DemiDevimon makes a deal with Vademon to trade Izzy’s tag for some if his curiosity, but it fails and leads to an argument with the two. After Vademon was defeated by MegaKabuterimon, DemiDevimon was punished again by Myotismon by sending him up a tree.

After the Digidestined were defeated by Myotismon for the first time, he and DemiDevimon and his other minions invaded the Real World, on the quest to search for the 8th Digidestined (which is revealed to be Kari, Tai’s little sister).

After Myotismon’s body was destroyed by Angewomon, DemiDevimon resurrects his master by using his bats to absorb his other minions data and is revived as VenomMyotismon. But Myotismon, no longer needing his flunky, kills DemiDevimon by sucking him in his mouth and consuming him.

This small Demon type Digimon takes on the form of a bat. They are often used by other demon Digimon of higher levels such as Devimon and Myotismon, but they are also said to be the instigators that enticed the once-Angel type Digimon Devimon and dragged him into the Dark Area. His offensive powers aren't so strong, but he is cunning and often plots evil deeds here and there. He likes darkness, but it is rare to actually see him alongside an upper-leveled Digimon. His special attack is "Pico Darts", which hurls big syringes at the opponent that take away their blood. 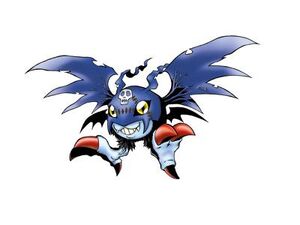 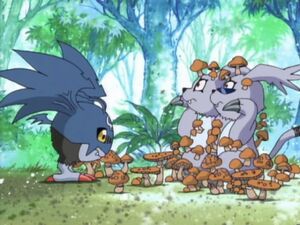 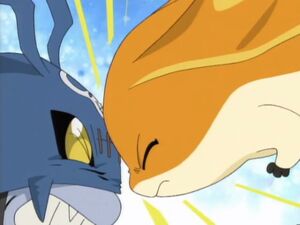 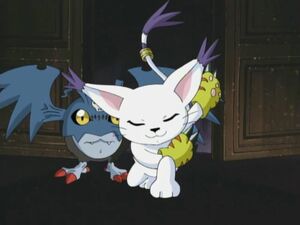 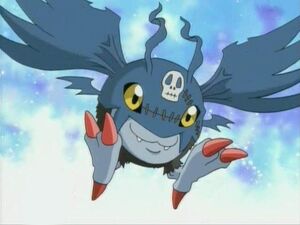 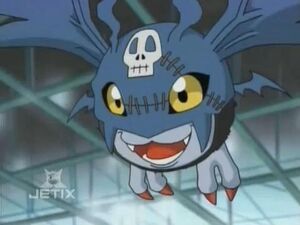 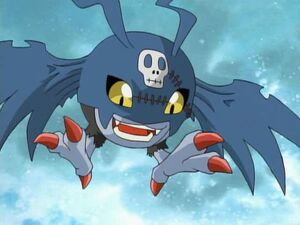 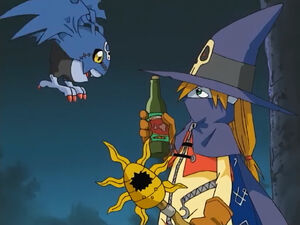 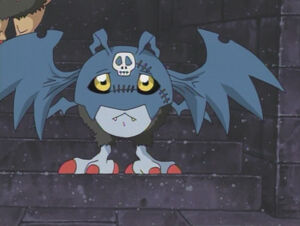 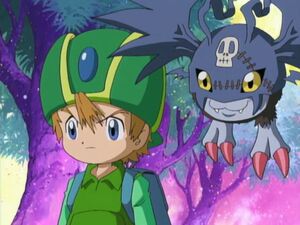 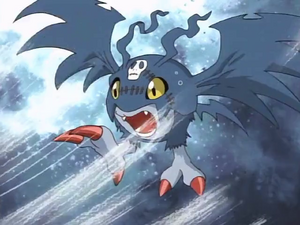