Creator and ruler of the physical universe

Prevent living beings obtaining knowledge on the divine and keeping them enslaved to the physical realm under its will alone.

The Demiurge is a malevolent figure from varied belief systems, especially gnosticism. While many confuse the Demiurge with an "evil God" stereotype, it is actually a figure below that of the Supreme Being, thus in many ways is a paradoxical deity that lords over the physical plane of existence but is below that of the spiritual realm.

As the maker of the physical world, the Demiurge is obsessed with physical things and its own power, seeking to keep humanity from entering the spiritual realm and thus escaping its rule. The concept of the Demiurge has its roots in much older religions and myths, in which their were often two equally omnipotent deities, one of divine creation and another of divine destruction (a concept later known as dualism).

The Demiurge is a complex philosophical concept but is usually seen as a means by certain authors to explain the "Problem of Evil". This classic theological debate has often questioned "how can evil exist in the presence of an all-loving, all-powerful deity?". The Demiurge serves as a potential solution to part of the question. In that, the Demiurge takes on the role of the "Supreme Being" but is actually a usurper, who while creating the physical universe is not all-loving nor fully all-powerful, instead it is a malicious creature that tries to keep all within the physical world ignorant of the true nature of reality, higher planes of spiritual power where greater entities exist. These higher deities are often seen as benevolent and it is either mankind's mission to achieve enlightenment via mystic rites or the goal of higher deities to "save" humanity from the Demiurge (in some works Jesus is seen as one such aspect of a higher deity, in opposition to the Demiurge).

The idea is most often associated with gnosticism but has become widely popular in both alternative belief systems, the occult and fiction, though it is considered a heresy by most orthodox faiths (due to the Demiurge's existence being at odds with a true monotheistic faith, as well as the general belief of gnostics that the God of the Old Testament was the Demiurge (due to the often conflicting stories of His wrath and unpredictable nature. In contrast, Jesus is often seen as a true messenger of higher planes, due to his more peaceful nature and tone).

While often seen as the creator of the physical universe the Demiurge is simply one of many (or at minimum two) deities. One of which is a Supreme Being that outranks the Demiurge in every aspect, in most settings it is the goal of mystics to reach the spiritual world and thus break free of the Demiurge. Those with insight into the "true nature" of reality are largely immune to the Demiurge and its many false miracles (which are often used in a wrathful or petty fashion). 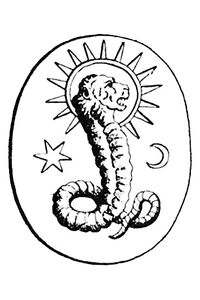 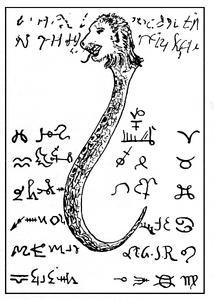 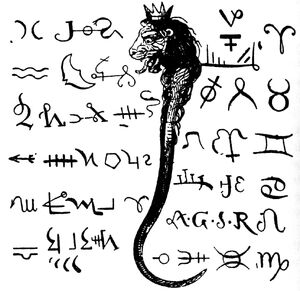